Maybe living in Samoa as a young girl prepared me for this, but for sure the rest of the family wasn’t quite expecting some of the changes in every day living they would find here in Vanuatu.

As a little girl I always saw the signs on the front of stores that said “No shirt, No shoes, No service.” but here on the island it’s more like “No shirt, No shoes, No problem!”As long as you have Vatu (Vanuatu money) you can shop for whatever you need….not that you’ll find whatever you need, but for sure you’re welcome to try. You never know what you might find instead.

Groceries range from local things at the market that are super cheap, to things that are imported from New Zealand and Australia that are often super expensive.

Besides the local grocery store chain “Au Bon Marche” and some smaller locally owned grocery stores,  the island is teeming with cheap Chinese stores. I don’t say chinese grocery stores because they are more like Chinese “everything stores”. They carry the oddest assortment of things and you never know which store will have that amazing gem.

Sometimes the things they sell are used or broken but that doesn’t seem to faze them. Like this basket of shoes for $1 a pair. 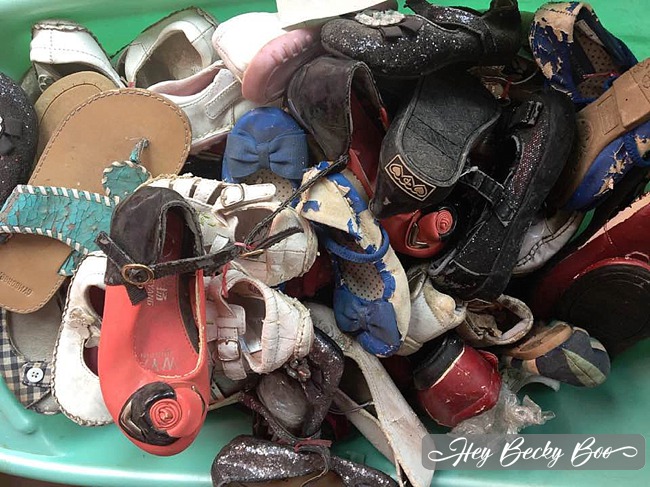 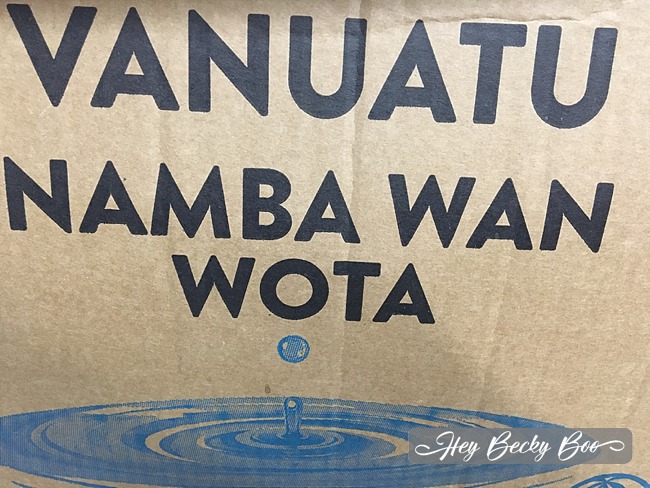 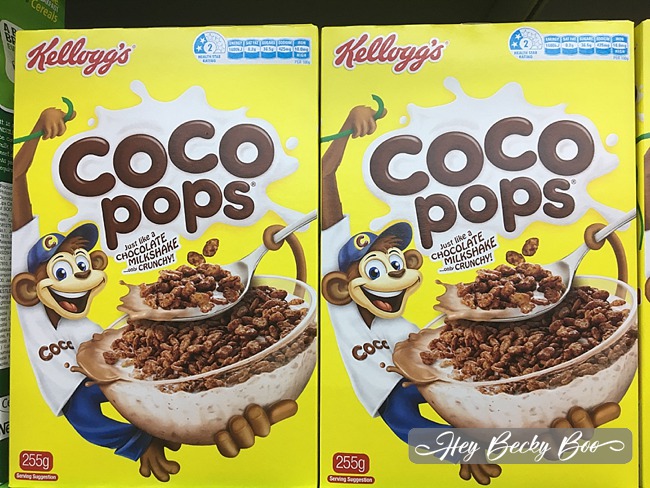 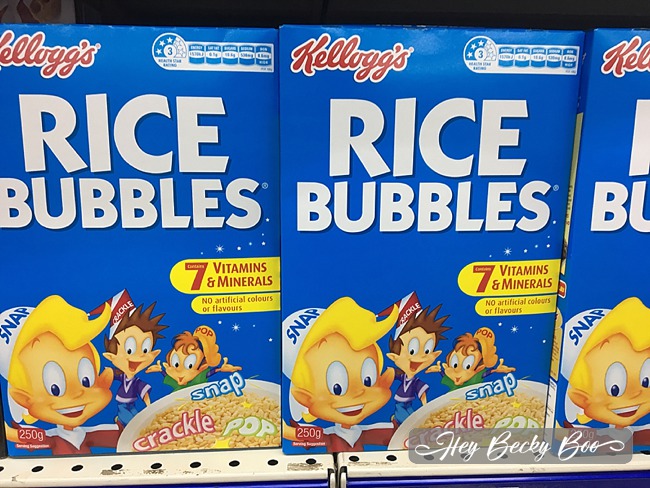 Of course sometimes the product names or advertisements are made more interesting by the crossover from english to Bislama or when the sign is attempted with Bislama spellings of the English words. (FYI: as I’ve been told there is no standardization of spelling in Bislama. You just spell the words for however you think they are said phonetically.) 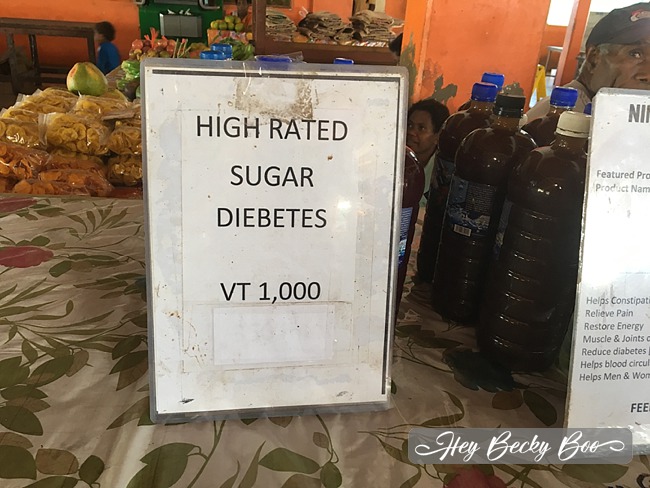 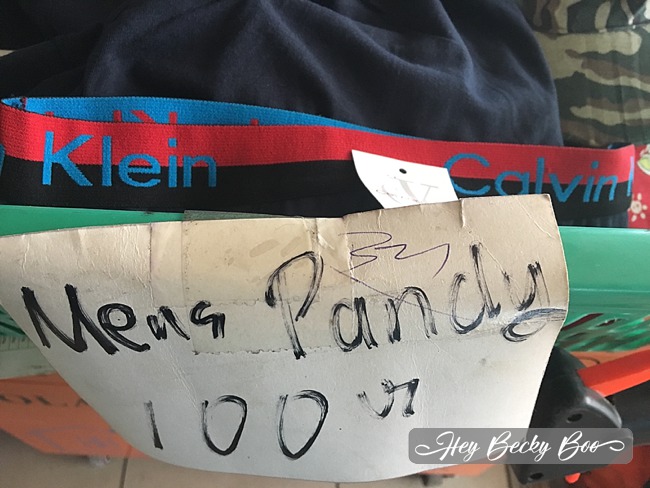 I know at first this next photo can trick your brain, but what it is actually advertising is beach slippers for kids. 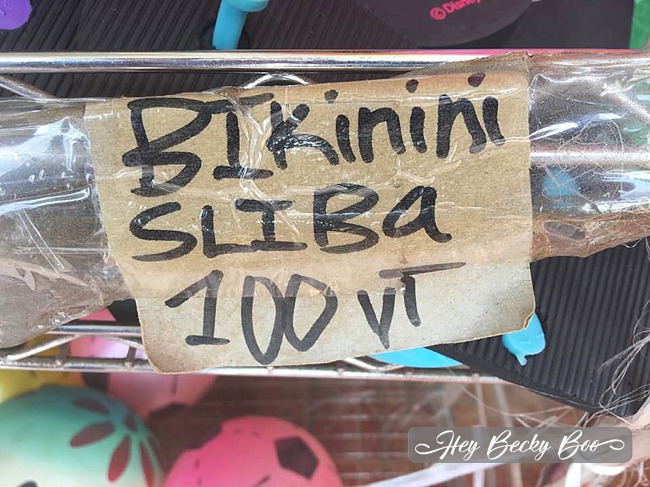 If you happen to spot a pair of Nike shoes for five dollars you know they probably are not the real deal! In fact Vanuatu has no reverse engineering, or patenting laws that prevent copying other brands and selling them here….like the $120 brand new Iphone 6S that looked on the outside EXACTLY like the real deal…all the way until you turn it on 😉

Well at the end of the day when you empty your bags you’re never quite sure if what you got will work for the job- take these dolls for example. When I showed them to Micah he started screaming instead of laughing. Oh well, shopping certainly is entertaining and a fun way to spend a few hours 🙂 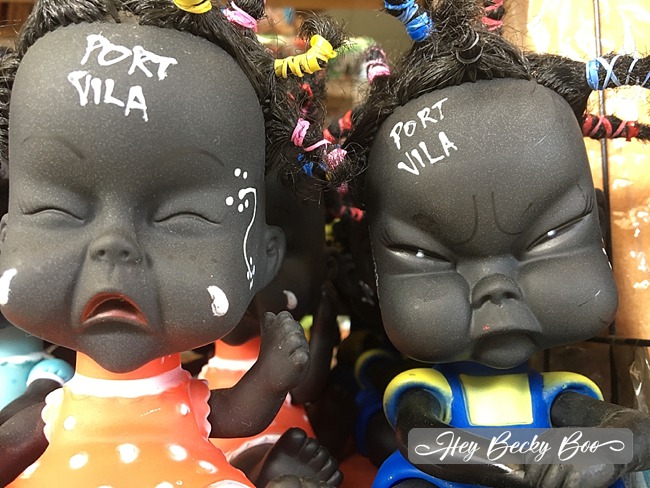