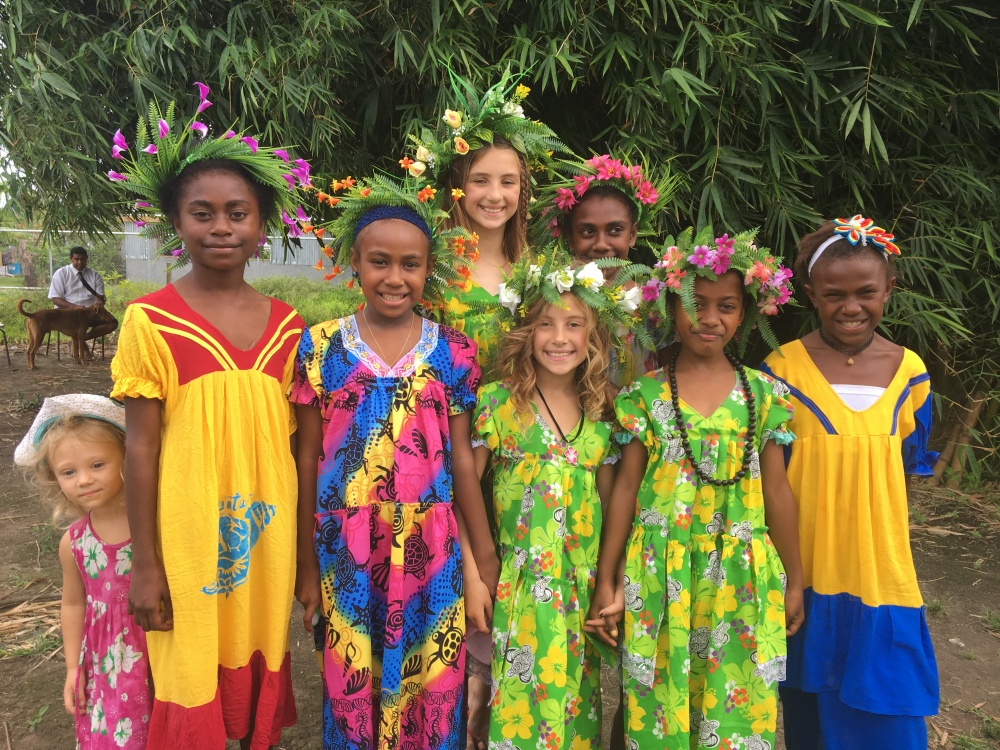 She chased after us, waving her arms and yelling out. We didn’t see the aging woman, and kept on driving. Minutes later the phone rang, and in a run of desperate Bislama, The woman, whose name I didn’t even know other than ‘Jennifer’s mom’ told us we had to turn around and come and talk to her. In Vanuatu, we had long ago learned that there is no better time for people than right now. Eric obediently turned the truck around and drive back to the place in the road that led to the older woman’s house. Smiles wrinkled their faces and with trembling hands her and her daughter presented Eric and I with a hand woven mat and a brightly coloured island dress. I held it close to my heart as kissed them both.

‘Thank you, thank you’ she whispered into my ear.

We were both crying as I pulled the neatly folded dress to my face and breathed in the smell of the fabric. I knew this was the last time I would see her in a very long time.

More hugs and kisses and we all waved goodbye for the last time. The first part of our adventure had come to a close, and in just a few hours we would be leaving this island home that we had grown to love so much.

When I got home, I carefully hung the island dress up and added it to the collection of dresses that had  been ever expanding since our arrival over 13 months ago.

I remembered when we had first arrived in Vanuatu, how strange everything had looked. New smells, new colours, new foods and new fashions. Amongst those was the puffy sleeved, brightly coloured island dress. It seems there was only one dress pattern on the entire island and it was the island dress. Worn by little girls and grandmas alike, the island dress was by far the most popular item to own in ones closet.

The strangely fashioned article never really grew on me, and in the beginning, I didn’t understand the significance of the garment or the proud way the woman wore it.

But now here I was with my eighth island dress and I was finally beginning to see.

I remembered when I was given my first island dress by the mom of a boy that my kids had adopted into our home on dozens of occasions. He struggled with the pain of loss and addiction, and we had tried our best to wrap our love around him give him a place in our hearts. His mom, grateful for a family that loved her son,  had lovingly made Eric and I matching island clothes for Christmas. With the traditional colors of their village- bright green and yellow, the dress was by far the most elaborate island dress that I had seen so far, with lace and frills on everything. I went into my bedroom and pulled the dress over my head, inspecting my reflection. I look oddly decorated and frumpy, but knowing how well I would fit in, and how happy it made other woman to see me dressed up, I wore it anyways.

When I came out of the bedroom, the young man took one look at me and said “Rebecca, can I tell you something? Right now you look so beautiful.’  Suddenly the strange image I was holding of myself in this dress melted away, and in it’s place was a warm feeling of love, a reflection of myself that was much more becoming than the one I normally think of myself with.

The second dress I owned came from one of the mammas of a tiny village far on the North end of the island. We had visited the village of Taka on a camping trip and fell in love with all the kids that spent long days and late nights at the beach or around the campfire with us. The grandmother of the village had told me that we were the first people to play with their kids that were not members of their own family. When the time came for us to finally leave, the mammas of the village had piled shell necklaces onto our heads and filled our truck with fresh fruits and woven mats. The village was so far away that we hadn’t visited it again for months, but when we did stop by unexpectedly, one of the mommas quickly sent her daughter to fetch a bag that was all wrapped up. She handed it to me through the truck window as we were leaving, and told me that she had been saving it for me. It was a lovely brightly colored tie dyed island dress.

The third was given to me by a barely there, wisp of a grandma, who we had met in Teaoma, a small village nearly 40 minutes away. We knew her grandchildren quite well and one time had dropped off some food for their family. She never knew if  or when we would come back. But when we did two months later, she ran out, and cried as she hugged me tightly and gave me a lovely red island dress that she had been saving for me.

The fourth, fifth and sixth dresses were given to the little girls by a girl in church who whose grandma sewed island dresses and who had fallen in love with my curly haired, white faced little girls. 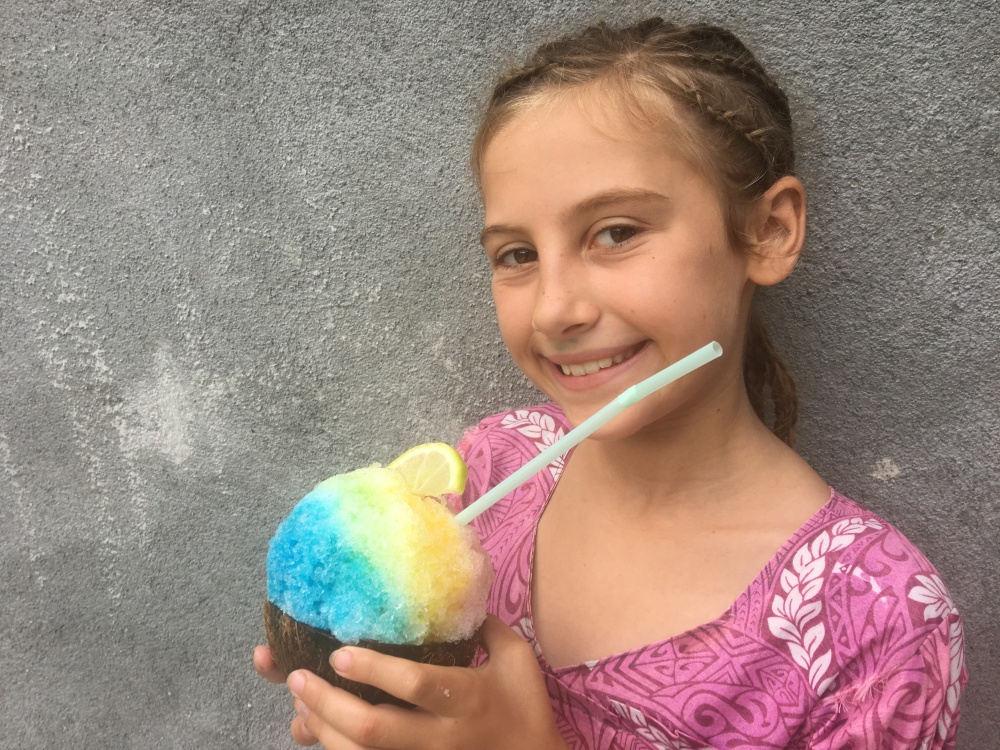 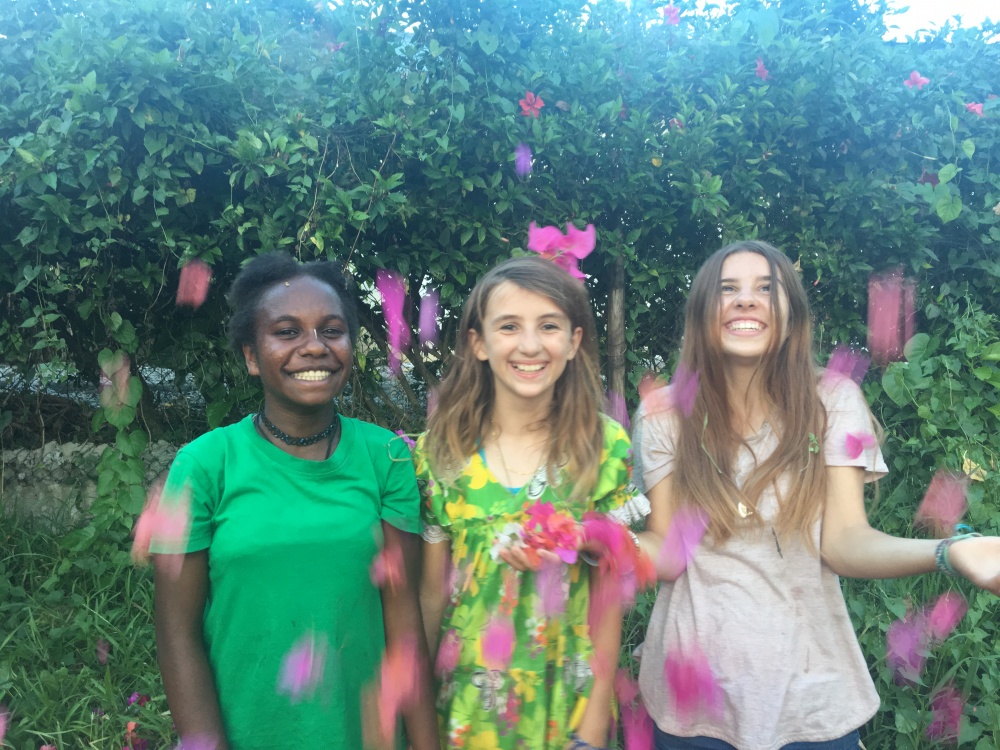 The seventh dress was given to us by the wife of one of our workers, after we visited their home late one Sunday night. And the now the last island dress, was being given to us by Jennifer and her mom. 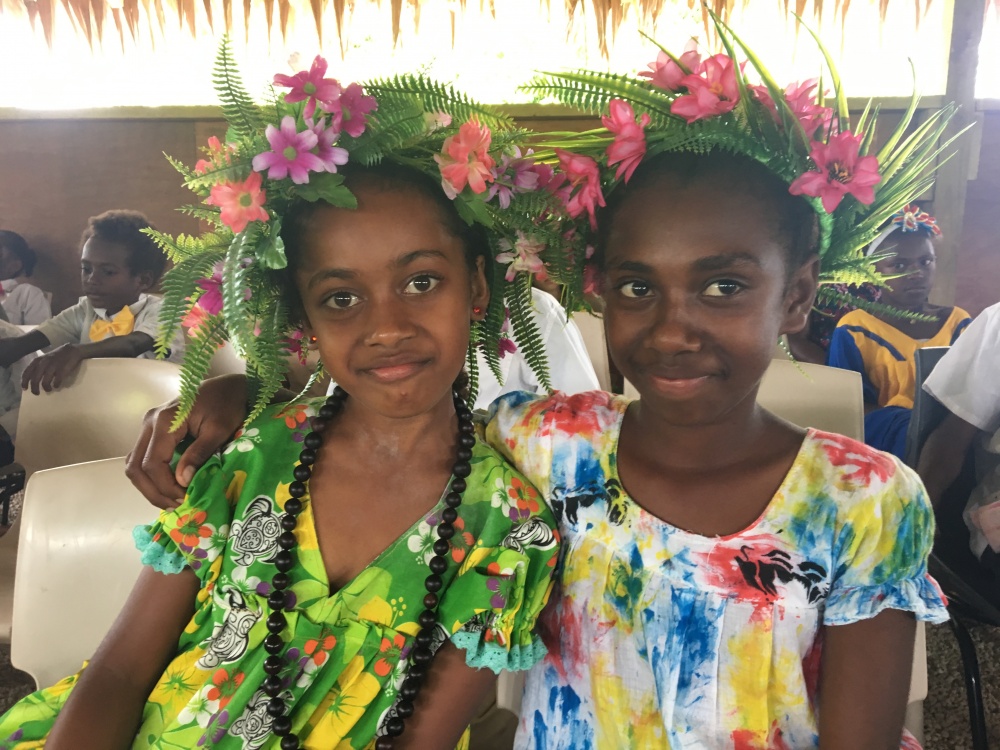 Jennifer’s life has been hard. And as her husband tried to earn money working as a migrant worker in Australia, she coped with a brand new baby, as well as two other kids and all of this in a 10ftx10ft one room house.

I never found out why her 70 year old mom lived alone, but I did know that she sold pineapples and sweet coconut bread on the side of the road to earn money. Skinny dogs by the dozens chased skinny chickens in her yard and she wondered why the eggs weren’t as abundant as last year. But however she managed, she always did it with a big smile and a warm hug.

We would sing to Jennifer and her mom on warm Sunday afternoons. We would also fight over her beautiful baby girl, and my kids would beg me to adopt her after every visit.

Every time we left after a visit, Jennifers mom would fill up our arms with stalks of sugar cane, island pumpkins or flowers from her garden. We gave her a flashlight and umbrella once, and she wept as though we had given her the world.

Today, as I hung up the 8th island dress, I cried. I cried because I finally realized what made those unfashionable dresses so special, and it wasn’t the pattern of their fabrics or the lace trimming. Every dress I had been given was a symbol of 💕 love. In the kindest, most humble of ways, the woman in the island gave dresses and mats as a way of saying ‘I love you’, ‘thank you’, or ‘you are special’. And now with my very own collection of island dresses I was proud every time I wore one, knowing that it was a symbol of love from women who had become friends.

This Mothers Day I will remember the strong and beautiful woman that I have loved so much.

25The Lord make his face shine upon thee, and be gracious unto thee:

26 The Lord lift up his countenance upon thee, and give thee peace. 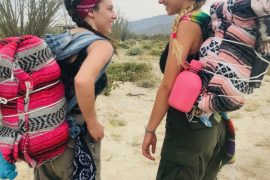 14 Things to Pack for a Survival Camp/Hike! 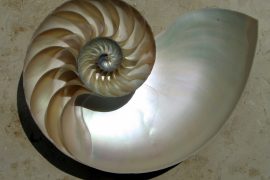 A lesson I learned from a seashell