It’s Friday night and we can here the beating of drums from across the water. If you look carefully you can also see the lights spinning around in the distance. We’ve already been 5 times but it never gets old. We decide to load up the older kids and we pile in the truck with their cousins and aunties and drive down the road. It takes less than 10  minutes to drive to the Beach Bar where there is a free fire show every Friday night. It’s the same place we go for $10 pizzas and an outdoor movie on Tuesday nights but nobody ever gets tired of watching. 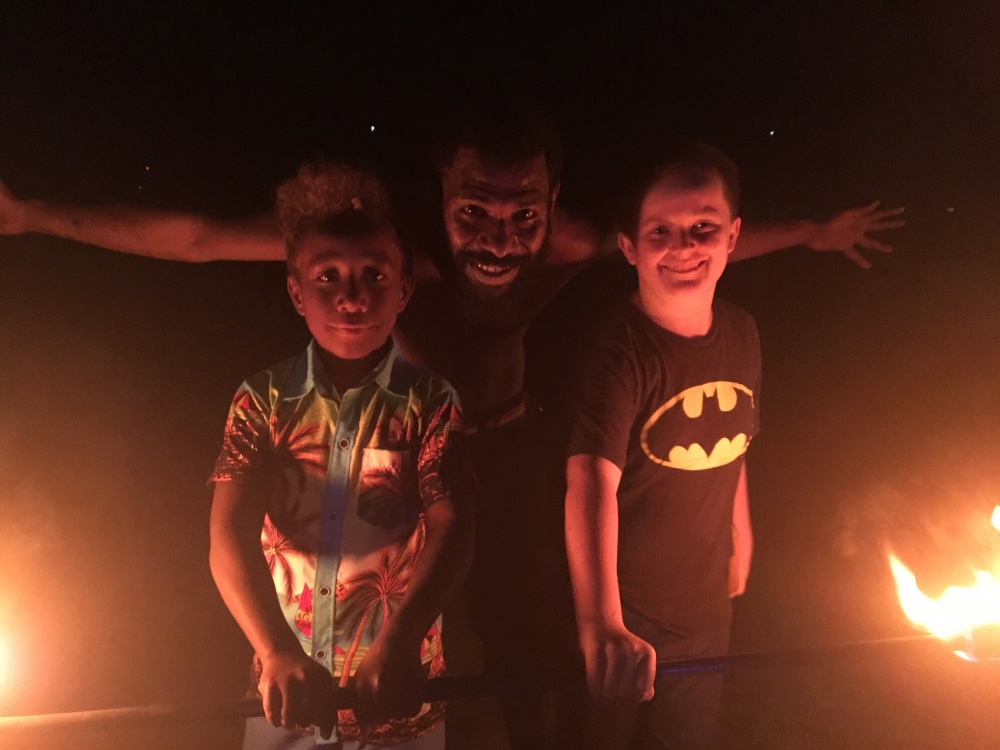 I promise myself this time that I’ll just enjoy the show without filming any of it. After all the sure sign of a tourist is taking out their fancy phones and videotaped EVERYTHING…sigh. It was too tempting. The sparks fly and the entire sky feels likes its lit up with music, people and fire. It’s actually very exciting and the crowd goes wild. I have officially resisted for as long as I possibly can before I pull out my phone and take a few minutes of fire dancing filming.  Now that I’ve made a little movie the whole thing is off my chest and I won’t have to film it next time 🙂 The Fire Dancing Show in Port Vila Vanuatu is AWESOME! 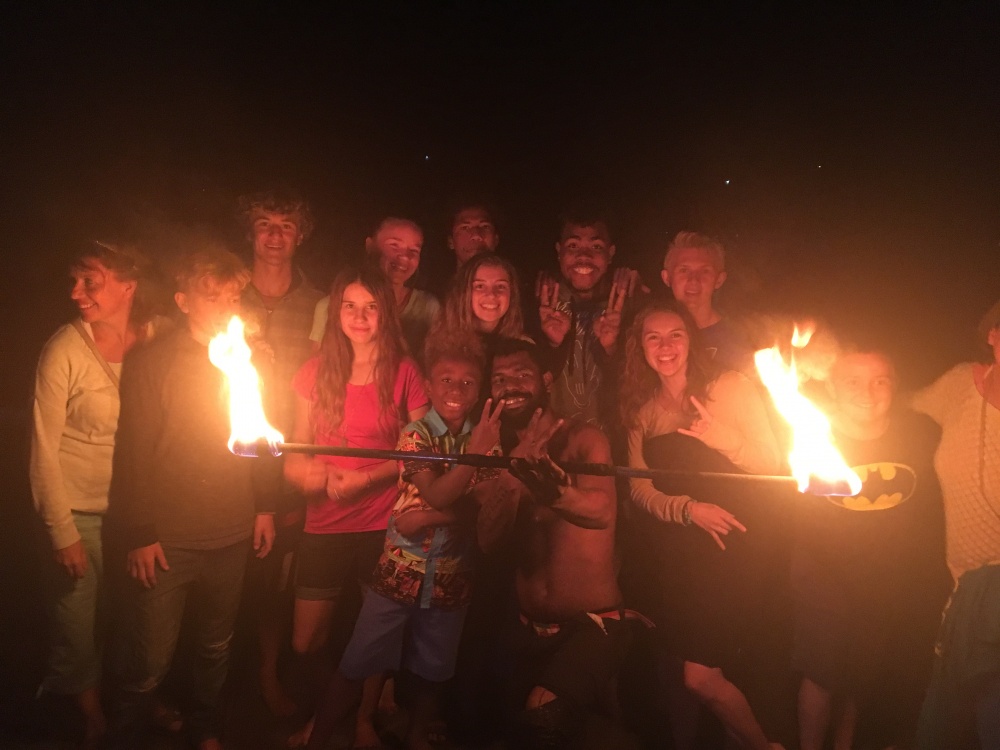 When our friends come to visit we drag them to our own personal fire dancing show and they are NEVER dissapointed!