We wanted to see the turtles and the local man told us that little tiny island off the coast of Efate was the place to go. After parking your car you were supposed to walk to the dock or wait until someone in a boat offers to drive you. Once they arrive you pay them 1$ for each person in the boat and get dropped off at your choice of spots on the little island. 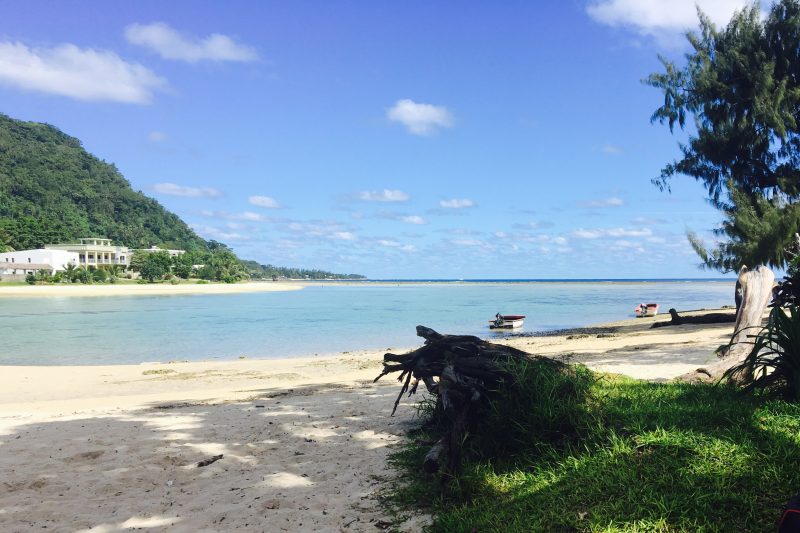 It worked! We waited on the dock and within a few minutes a boat showed up and offered to drive us. In went the Women, in went the children, and in went the men, then when you thought we couldn’t possibly fit another person, in went the jugs of water, the bundles of coconuts, and the bags of groceries. It was epic, and kinda stressful-I was so glad the boys had their floaty suits on!

Apparently they have no safety regulations for exactly how many people can fit in a boat. And in order to make the most money in each trip they really piled us in!!! 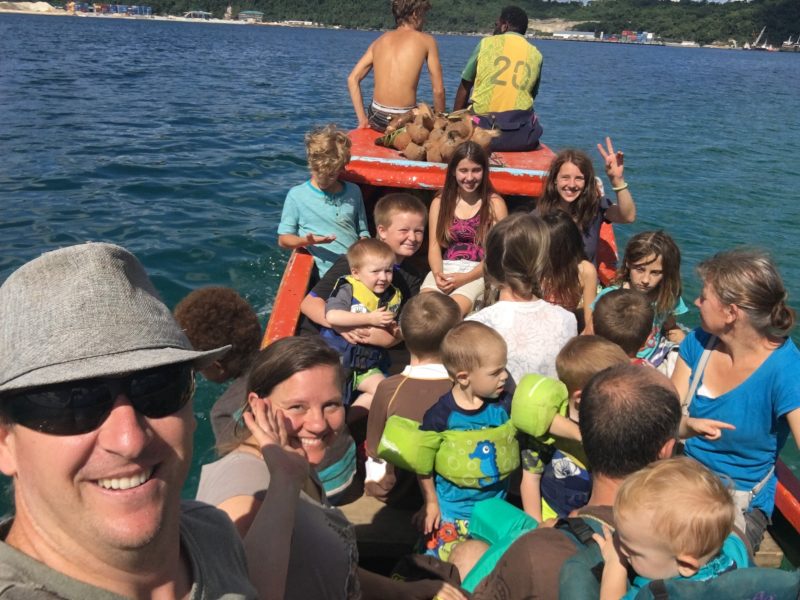 At first I thought maybe the island was so close that it didn’t matter if we sunk or not, but it took a good half an hour at least on the ocean to get there.

The day was bright and sunny, and the water was so crystal clear and turquoise blue that you could see right to the bottom. Isaiah could not resist dragging his hand through the water as the boat moved forward and I couldn’t blame him. 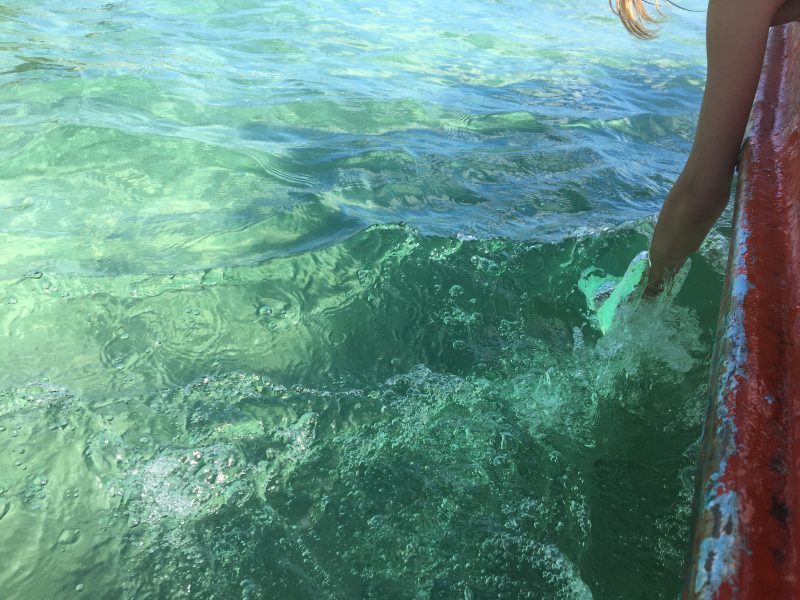 Because the tide was out when the boat driver was dropping people off there were places where he had to pull up the engine, hop into the water and push the boat over the coral growing in the white sand beneath us just to get people close enough to the shore. They still had to carry their bags and bundles through the ocean just to get home.
​

​
When we finally got to the white sand beach with clear turquoise water the boat driver asked when we would like him to return and after I told him he sped away. 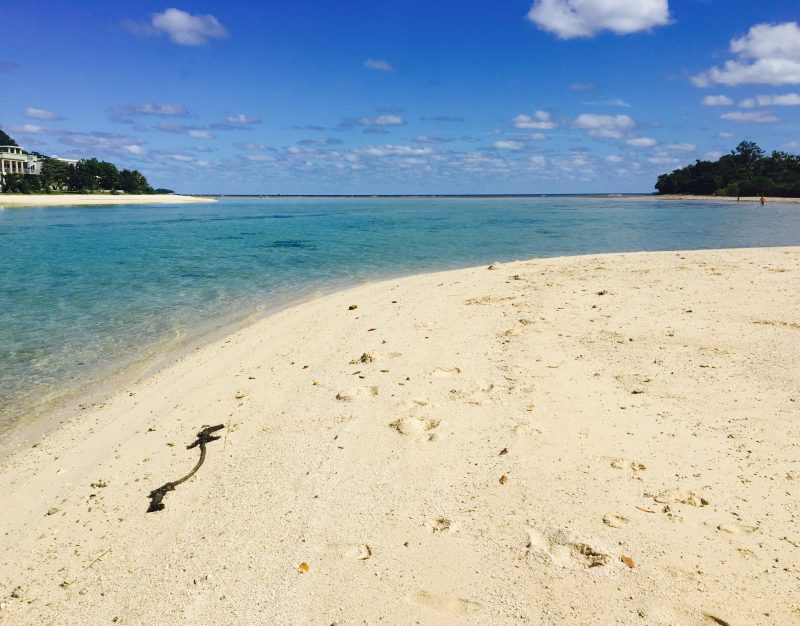 It was magic! The beach was covered in sand dollars and starfish. The kids spent hours picking them up, finding out they were still alive, letting them go, and discovering all kinds of interesting facts about them in between! 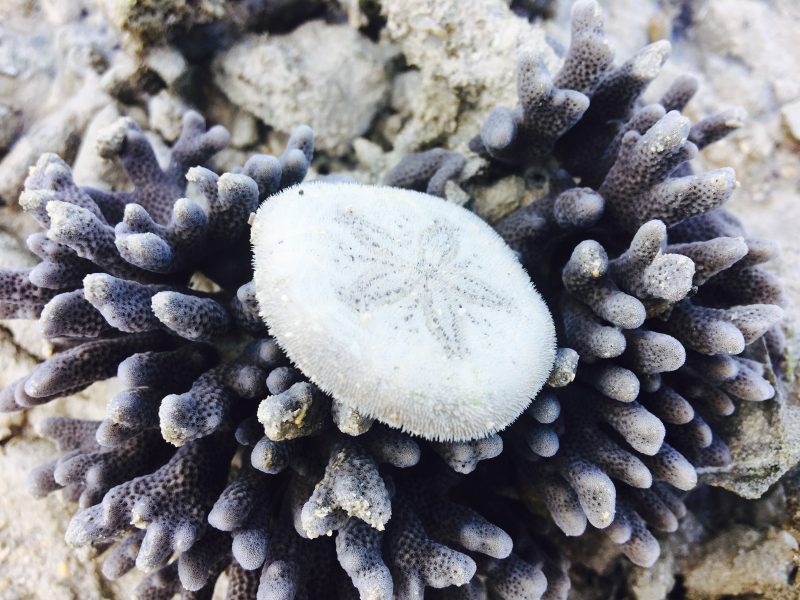 The tide was out and there were so many truly fascinating things to discover on the reefs, in the ocean, and in the tidepools.

​The sea urchins were plentiful today so the barefooted beauties had to be careful not to step on them. The last time someone got stung by a sea urchin it was disastrously painful, so we were very happy that situation was avoided today:) 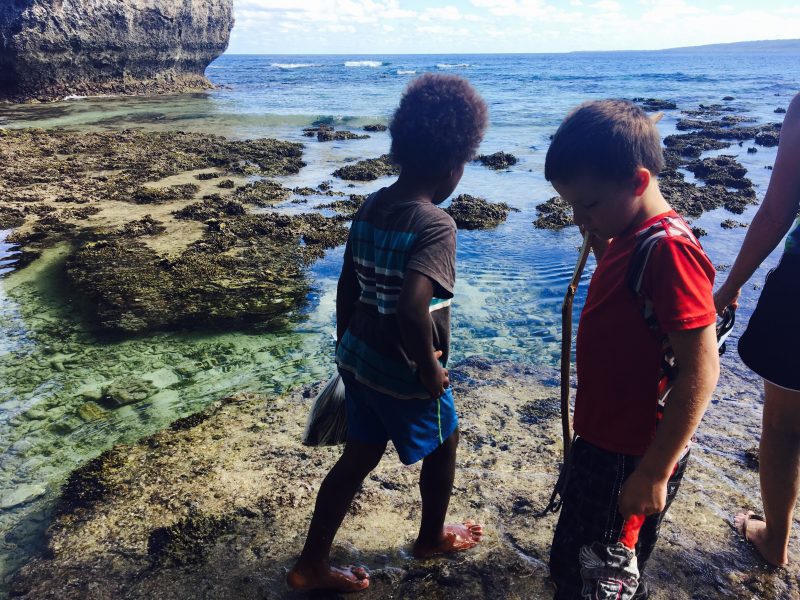 Locals were like little ants in the distance collecting shells and trapped fish for dinner, filling their buckets and bags as they laughed and chatted.

​​We never actually saw a sea turtle, however, we saw so many other amazing things it didn’t even bother us in at least. The only thing we were missing on this perfect day was my second oldest daughter who had decided to stay home on the adventure.

What do you think, could you handle a day in paradise? I gotta say, this world schooling experience won’t be easy to beat!