May I share a story with you? About a year ago we got tired of living in Alberta. We decided to take our kids for a short adventure to a small 3rd world country, located on a little island off the coast of Australia.

I was excited to escape all the snaps and texts and tweets of our modern society, and spend a little time with our family. Turns out that it was the best decision we ever made and you can read all about it here: www.heybeckyboo.com.

Our four month trip quickly turned into a one year trip as we experienced paradise in a raw and real way with our family. As we wandered about enjoying the adventures I received a text one day from the owner of Showhome Furniture saying; “Hey, we want to donate some money- please use it to help people” I was ecstatic! There was an abundance of truly extraordinary people that I could help with this donation. I want to tell you about just one. 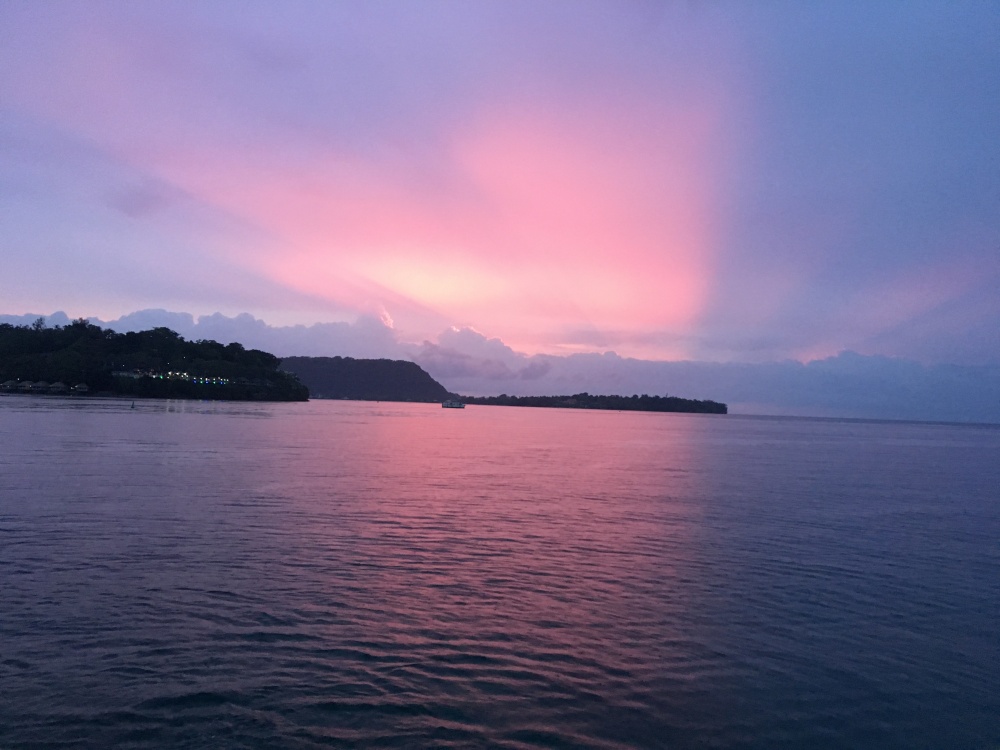 I sat down on our couch looking out over the swimming pool and towards the glistening ocean- the sunset was shades of pink and purple that would take your breath away. But it wasn’t the sunset I was thinking about. 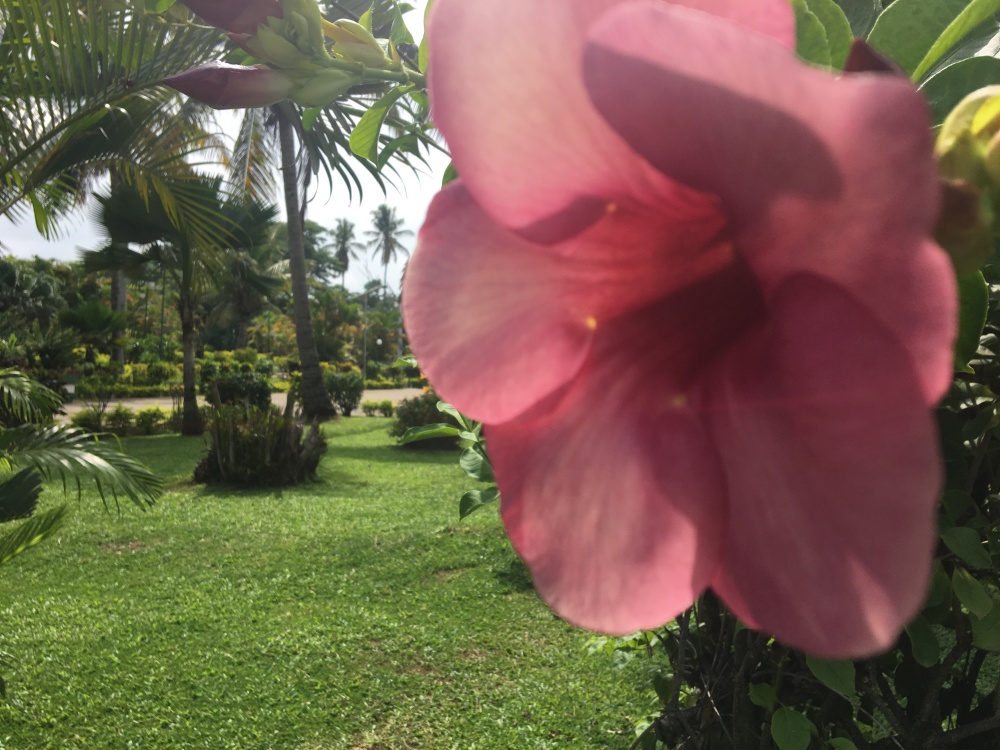 There was a young man whose face I couldn’t get out of my head. One of my daughters had befriended him earlier in the year and I felt strongly like I should invite him over for dinner that night. I logged onto FB and sent him a quick message.

I was surprised a couple minutes later, when he replied that he was on the other side of the island, in a tiny village, staying with grandparents, and wouldn’t be able to make it.

I asked him to tell my about his grandma and grandpa. He explained that they were old and dying. They lived in a tiny tin shack. The grandpa couldn’t walk and was mostly blind and the grandma took care of them both, but they had recently come on hard times.

When I asked what that meant, he said that it meant they didn’t have any food to eat and were starving.  My heart broke just hearing the matter of fact way that he explained this to me. I asked him what they needed most, and he said ‘pretty much anything you can think of that an old person would need, they need, but especially some food and soap.’ 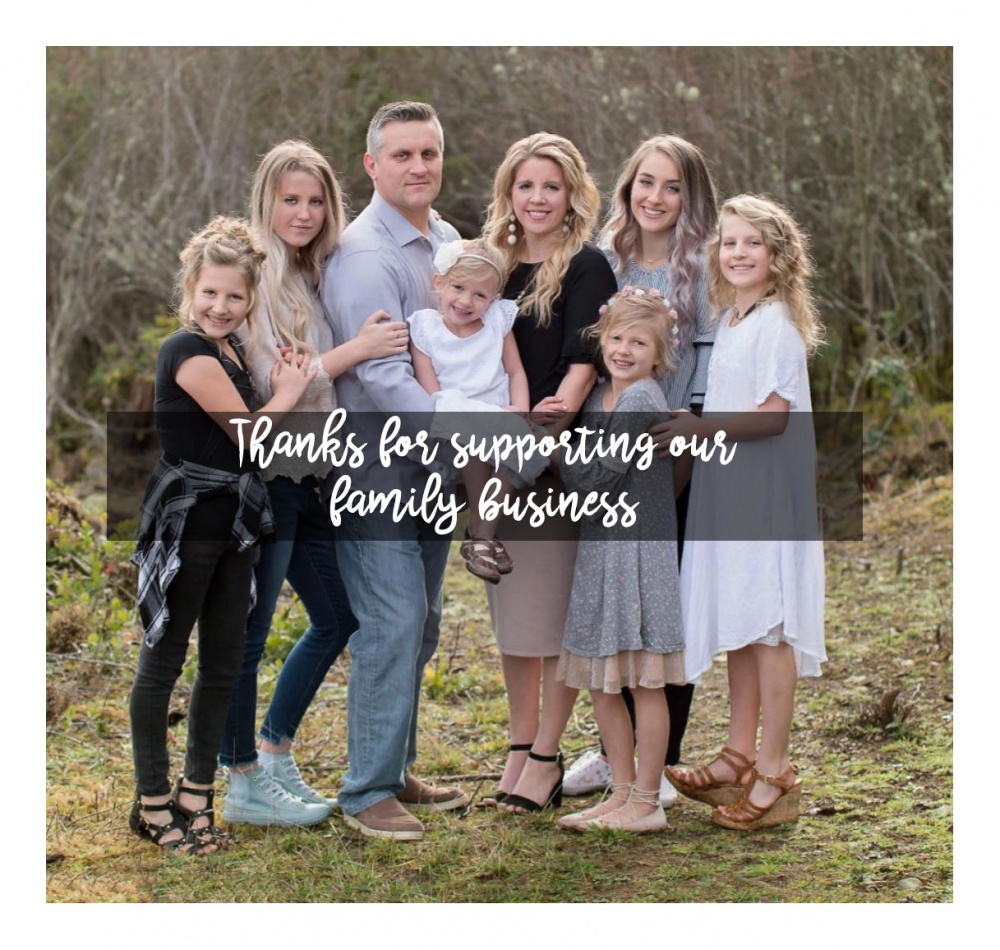 My kids immediately asked if we could use some of the money to bring them food.  Of course I agreed, and we said a little prayer together, asking God to help us know what to buy that would most greatly alleviate their burdens.  A few minutes later, we jumped in the truck and drove to the biggest grocery store on the island.

We started with buying them some rice and beans and breakfast crackers. Then we added some soap, and shampoo. Knowing how bad the pests can get we put in some rat traps and mosquito coils. Then we added some wash cloths and towels, toothbrushes, toothpaste, some bandaids and antibiotic ointment, some medicine for headaches and fevers. We thought they might be cold and put in blankets and some matches. We wondered if they needed garbage bags and a scrub brush. Laundry clips and a laundry line and the list went on. Every time one of the kids suggested something everyone else said ‘oh yes, they will need that for sure’.

Before long we had two full carts, and we really felt like there wasn’t anything else that they would need. We paid for everything, packed it all nicely into some containers and started our journey down the bumpy island roads.

We first stopped by and picked up the young man we had invited for dinner. His eyes were wide with wonder as he saw the bags and boxes of food piled into the back of the truck but he didn’t ask any questions or say anything. I hoped that he wouldn’t be hurt or offended and prayed that he would see that we were truly just trying to be kind. He guided us across the island until nearly an hour later, at the end of a little road, and far away we found their house. 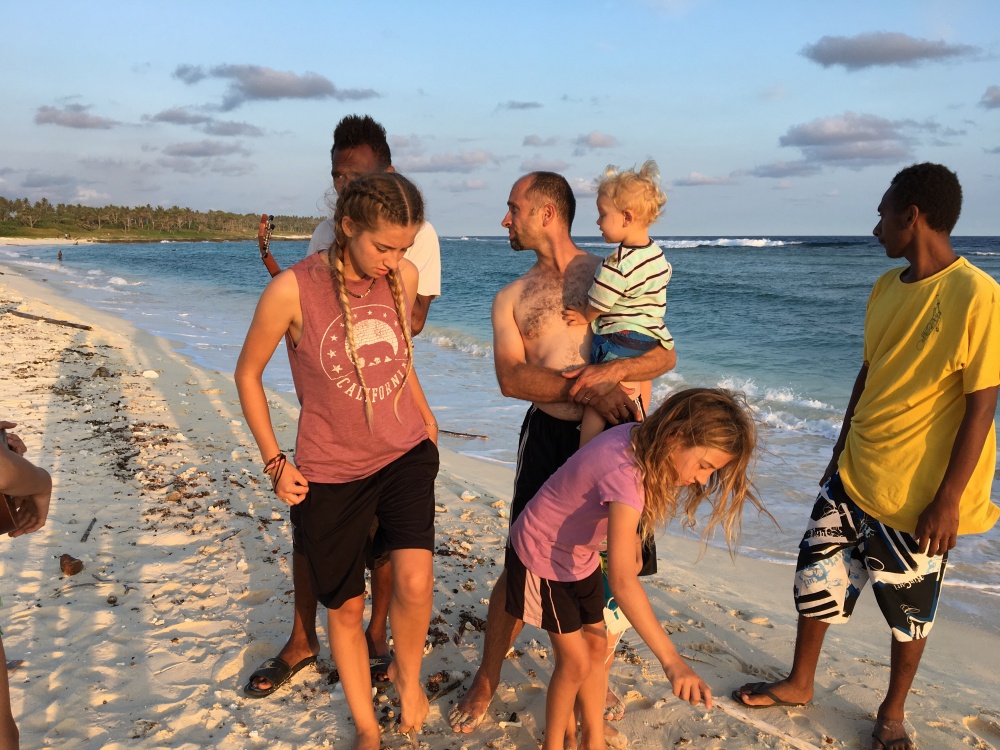 His aunty came out of the house first and our friend said something to her in their native tongue. She immediately smiled, looking shy. Then the young man jumped out of the back of the truck, and ducked inside the smallest and most humble patchwork of rusty tin, that was the home to his grandparents. 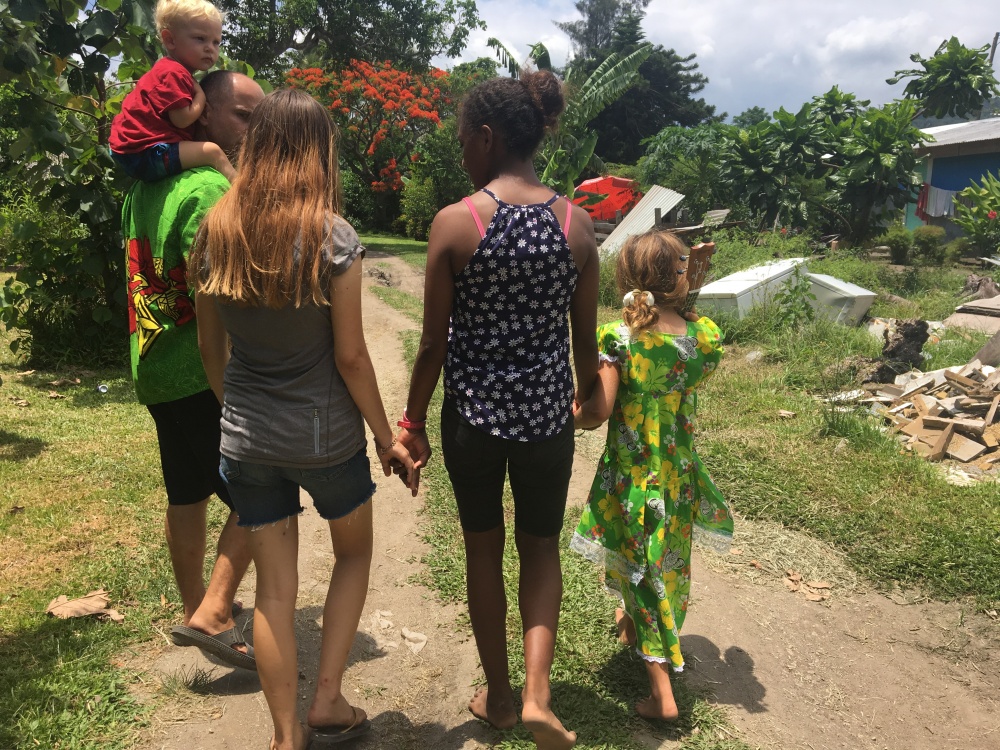 He gently led his grandma out and with his arm in hers, said softly, but within earshot ‘grandma, my friends asked if they could bring you a small bag of rice and I had no idea that they were going to do this.”  Her arms were so tiny and frail that I thought she might blow away with the next puff of wind, but it was her eyes that stuck with me most. She looked so surprised as she glanced down at the offering of food and supplies, and then burst out into the kind of smile you never forget. Her eyes bright with hope, and love, and gratitude, began to weep with tears.

She hugged me and held me as tightly as her weakened body was able whispering ‘thank you, thank you’.

We only stayed a few minutes but I knew then, that when she died it would not be from hunger.

Several weeks passed and I was busy with all our adventuring, not thinking too much on the experience we had had with this lovely grandma. But on one particularly slow day, we called up our friend and asked him if he wanted to come swimming in a waterfall with us that was near the Village of  Teoma where his grandparents lived. 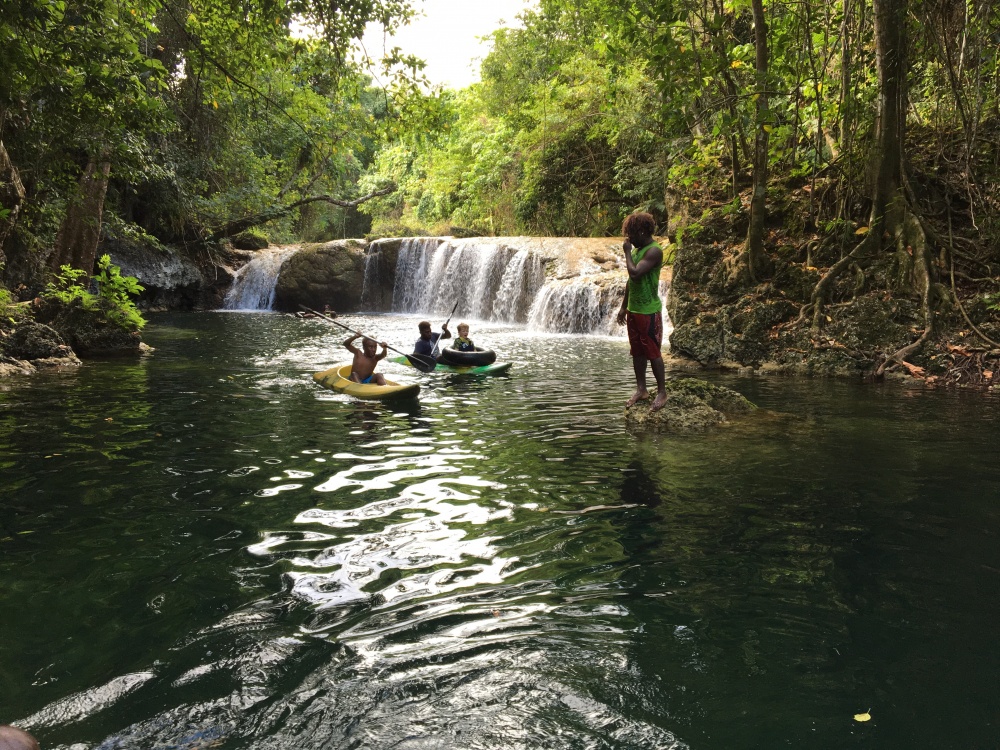 He was very excited and after driving forever in the back of the pickup truck with the rest of the kids, knocked on the glass of the window.  We pulled over and asked him what he wanted. He said that he would like to bring his sister, and if we just stopped at his grandparents house we would find her there. We pulled back onto that bumpy road and bounced up and down until we found the same little house we had visited over a month earlier. We were there for maybe 10 seconds when out of the house, as fast as she could manage on her weathered legs came his grandma. She was undressed except a thin piece of fabric wrapped around her tiny body, but she was clutching something to her chest.

Knocking on the window of the truck , she beckoned me to get out. I was in my swimsuit as I was prepared for the waterfall we would visit, but still I climbed out, hoping she wouldn’t mind my immodesty.

She wrapped her arms around me, and covered me in kisses, and then gave me a brightly coloured, red flowered, island dress. She told me that she sewed it herself and had just been waiting for me to come back so that she could give it to me.  Her beautiful smile and sparkling eyes burst with joy as I pulled the dress over my swimsuit and took a picture with her. I know what a sacrifice it must have been for her to buy the precious piece of calico that would become this dress. 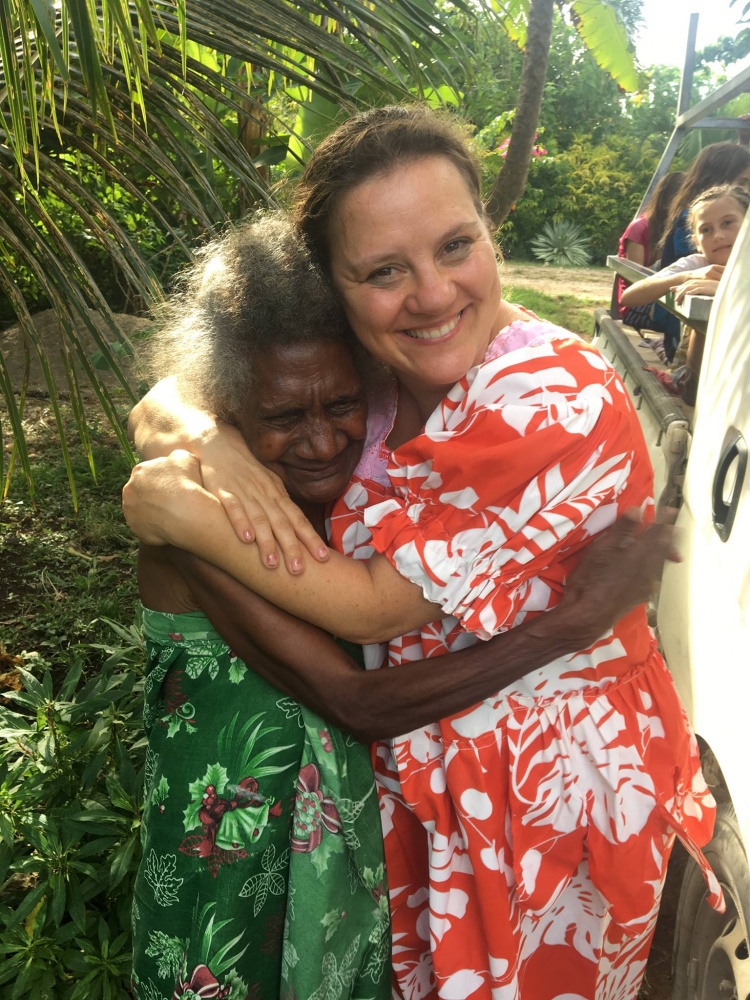 I have no idea how many days and weeks she had been waiting, holding onto that dress, hoping for the day we might stop by, but I was so glad that that day we decided to go there.

From the bottom of my heart I wanted to thank Showhome Furniture for the quiet and kind service that they gave this family and so many others through their donation. You will probably never know the real impact that a little money has had in such a poor country. Thank you and may God bless you for your generosity!

Feel free to visit us!