Can I share a personal experience with you, a story that I can’t get out of my head this week?

His only job was to install the water filter. It was a brand new system, top of the line and would do exactly what we needed to make the water drinkable for the family again.

The system was expensive, but we thought it would be worth it.

We waited for it to be shipped to us and the day it arrived we were eager to get the job done.

Eric carefully read the instruction Manuel, checked to make sure he had all the parts and then began the installation. It seemed pretty straightforward.

There was a metal container, a UV light, and a very thin fragile quartz casing that had to be inserted before the water could filter through.

There was one part where the Manuel instructed him to ‘lightly tighten and carefully turn on the water’. Okay, he was ready.

He did everything the manual said, and afterwards he ‘lightly tightened and then carefully turned on the water’ immediately we heard the crack, the expensive quartz casing was shattered.

Dissapointed he removed it and took out the spare. He had bought an extra just in case.

He followed the instructions again and again he ‘lightly tightened and carefully turned on the water, but this time even more lightly and even more carefully.

Instantly we heard the CRACK. The quartz sleeve had shattered again.

Ergh, Eric was so frustrated.

He took it out and threw it away and told me he would have to order more online. It costs hundreds of dollars and took us another 2 weeks before the next 3 filters came in.

When they came in Eric had reviewed the Manuel again and looked online to get further instruction. He was positive he would succeed this time. After all, we had built our own home and Eric was often hired to fix things for people. He was excessively well qualified to perform the task.

This time he inserted the crystal sleeve and followed the same process as before, each time being more careful than the last. All three sleeves shattered the moment he put the water on.

At this point he was pretty frustrated. We talked about scrapping the whole system which had cost us over $1,000 and giving up.

Instead we took a break from the project and put in our order for 3 more crystal sleeves.

As the days past I saw Eric returning to the utility room again and again looking at the system.

He sat on an upside down bucket staring at the system he had neatly plumbed into the existing water lines of the house.

Finally after a week of him going downstairs and looking at the system he came upstairs a grin on his face.

‘It’s not my fault!!!’ he declared. He then held up the metal canister that the uv light and quartz sleeve were supposed to be contained in. As he turned it around slowly I saw nothing noteworthy.

LOOK! He exclaimed, and then pointed to the slightest protrusion of metal on the inside of the threaded lid. The container was malformed, and every time he inserted the crystal, and tightened it, when the pressure of the water came through it cracked. It was impossible to have achieved a fit that was even.

THE MANUFACTURER HAD MADE A MISTAKE.

Eric called the company, sent a few pictures and in 2 weeks the new system came in. He took it downstairs and within 5 minutes he had it installed and working.

I have thought about this story obsessively since it happened.

The gospel of Jesus Christ is our instruction manual. It tells us exactly how to achieve happiness on this earth life and salvation in eternity.

Have you ever followed the instructions but then things didn’t work out? You failed, you messed up and everything shattered?

I have. And it’s rough. And it hurts, and I want to give up and I cry and I cry out. I get angry with myself, and impatient and disappointed when I fall short, when I’m not enough. When it feels like my family is falling apart or my marriage sucks or my parenting is horrible. (And YES all those things happen in my life)

But guess what? God isn’t angry, he has infinite patience for our shortcomings, you wanna know why? BECAUSE HE KNOWS ALL ABOUT THE MANUFACTURERS DEFECTS!

HE created us, He is okay with us making mistakes again and again and again. In fact God knows that the ONLY way that we can become like Him, is if we fail and learn, change and grow from those failures. Those mistakes, OUR mistakes are our vehicle to becoming like God!

He knows all of this, and he loves us just the way we are AND AT THE VERY SAME TIME EXPECTS US TO RISE UP TO WHERE HE IS!

My plea for you today is Don’t Give up! You are probably doing so much better than you can imagine. 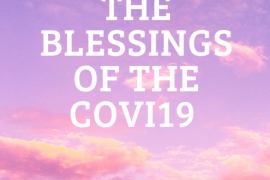 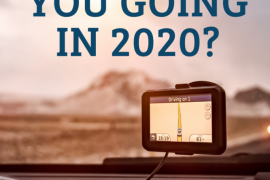 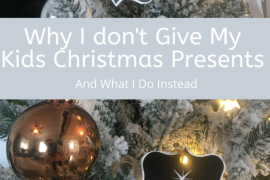 Why I don’t give My Kids Christmas Presents and What I Do Instead!