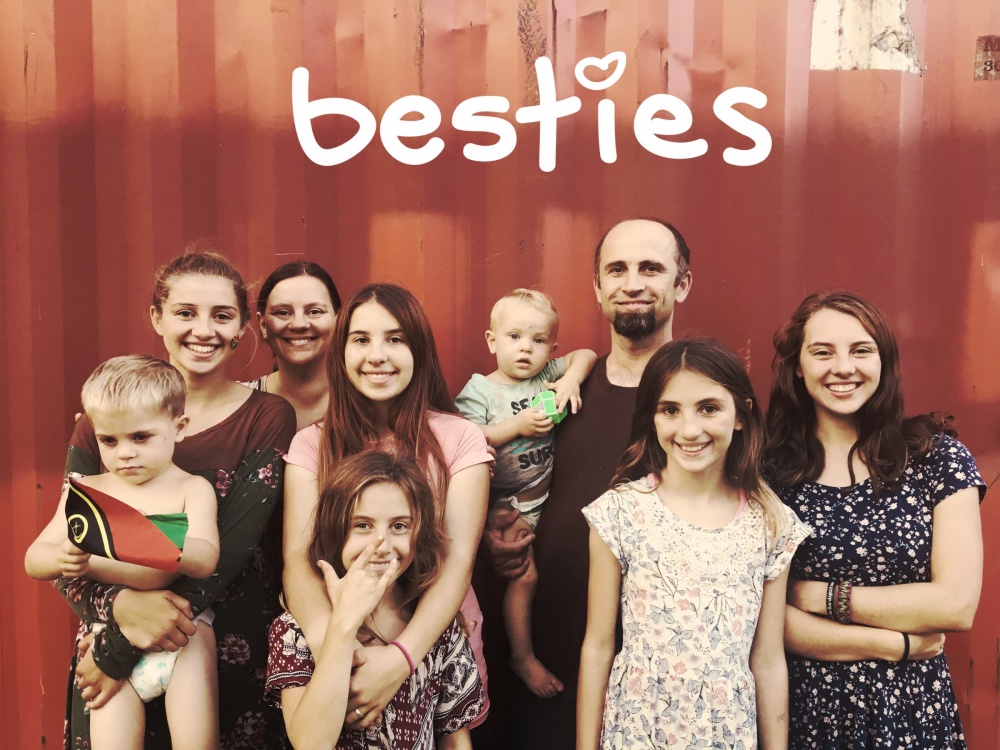 37 years ago today, the combined governments of both England and France agreed to give Vanuatu its independence. (How generous, right?) Vanuatu does not take it’s independence lightly. It’s been non-stop parties for the last 7 days. (Trust me, I know, I’ve been at all of them) Music, Dancing, Kakai (food), Wrestling, pig wrestling, Karate, Soccer, Basketball, Boxing, Singing. There is an never ending list of talents that are on display for the 8 days celebration. It goes from early into the morning each day to early into the morning the next day. Live music ends somewhere between 3:00-4:00am and then starts again between 6:00-8:00am. The entire thing is broadcast via 6 massive speakers. You don’t even have to be anywhere NEAR the celebrations to HEAR the celebrations!! 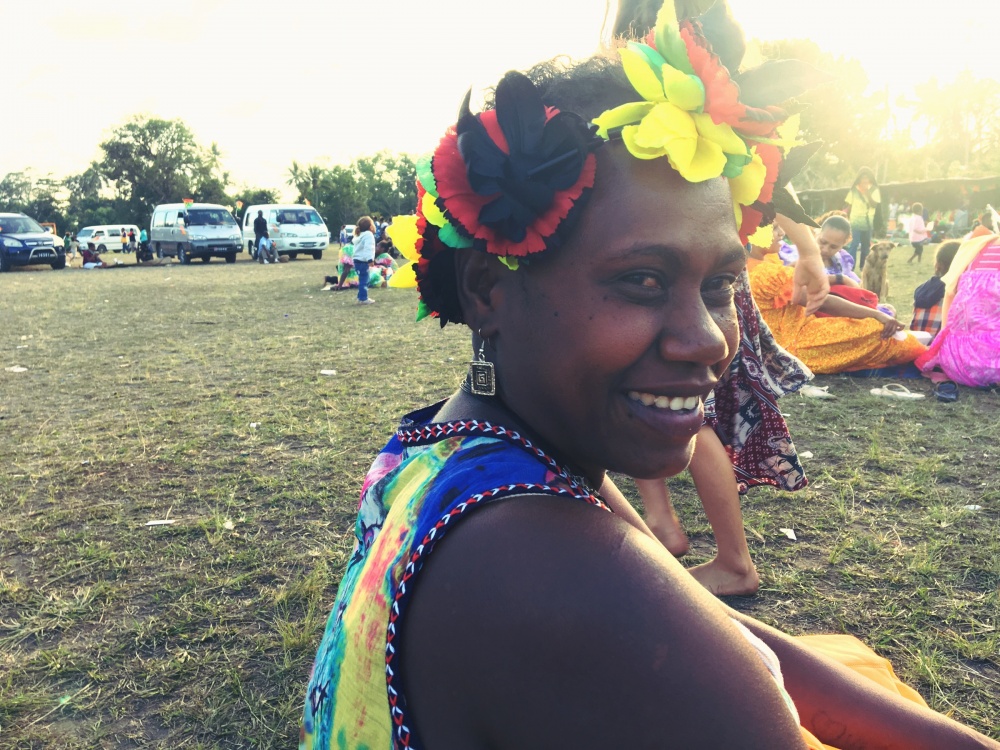 Entire villages  show up to enjoy the festivities and little children and old grandmas share woven grass mats that are strewn across the field for days on end. It’s quite a site!

Because of all the celebrations, our local church leaders asked each group of saints to meet as early as possible, so that families would be able to participate in the community celebrations for the day. Our branch chose 7:30. Yes that’s 7:30 AM! Did you even know that you were allowed to meet for church at that time?! There weren’t as many people as usual this morning at church. LOL. But for those of us that were there it was a treat. Sister King gave  talk that was really special.

She talked about a story that she heard last week from president Basille (he’s the leader of the local church branch we attend). President Basille said that 44 years ago there was no Mormon church on any of the islands of Vanuatu.

Missionary work began in Vanuatu in 1974 after several Latter-day Saint Tongan families moved there. Elder Harman Rector Jr., of the Seventy (one of the highest governing bodies of the Church) and President Davis visited Port Vila in April 1974 to determine the possibility of assigning full-time missionaries to the island. Elder Rector felt it was essential that the area receive missionaries”

After prayerfully considering the possibility of sending full time missionaries to Vanuatu, the church leaders determined that that is exactly what God wanted. They gave the assignment to an LDS French ambassador to come to Vanuatu and meet with both governments to ask permission for the Mormon Church to send missionaries. When the LDS ambassador arrived in Vanuatu his meeting with the English government went well and they agreed to allow missionaries. However, the meeting with the French government did not go so well. The government official representing the French government was rude and disrespectful to the  LDS man telling him that there was absolutely no way that missionaries would be allowed to preach in Vanuatu. Discouraged, the LDS ambassador went home and reported to the church that they would not be able to send missionaries to Vanuatu.

Several months later the French LDS ambassador was back in Vanuatu on business of his own. As he was finishing up his business he felt like he must go and visit the French government official again. He wondered at this feeling due to the very rude way  he had been treated last time, however, determined to follow this prompting he made an appointment to meet with him.

To the LDS ambassadors great surprise the French official was overjoyed to see him. He was very kind and welcoming and invited him to sit down with him for lunch where they could talk. After just a few minutes of visiting the French official gave his official invitation for the Mormon church to invite missionaries to come to Vanuatu.

The LDS ambassador was stunned by this sudden change in attitude. He finally had the courage to ask the French official “Why are you allowing us to have missionaries in Vanuatu?” The official replied “When I last left Vanuatu I had to walk to work everyday. Each day I passed a beautiful church building that said ‘The Church of Jesus Christ of Latter-Day Saints’. The people were always smiling and saying hello to me. They planted gardens and made the area clean. They had many activities and were always respectful, getting involved and helping out in the community, making it a better place to live.  Every time I saw people go in or out of that building they were filled with a special light and happiness that I’ve never seen anywhere else. If we have missionaries in Vanuatu will they do that here as well?” The LDS ambassador assured the French official that they would do that here and ever since then missionaries have been allowed in Vanuatu. Isn’t that such a beautiful story? 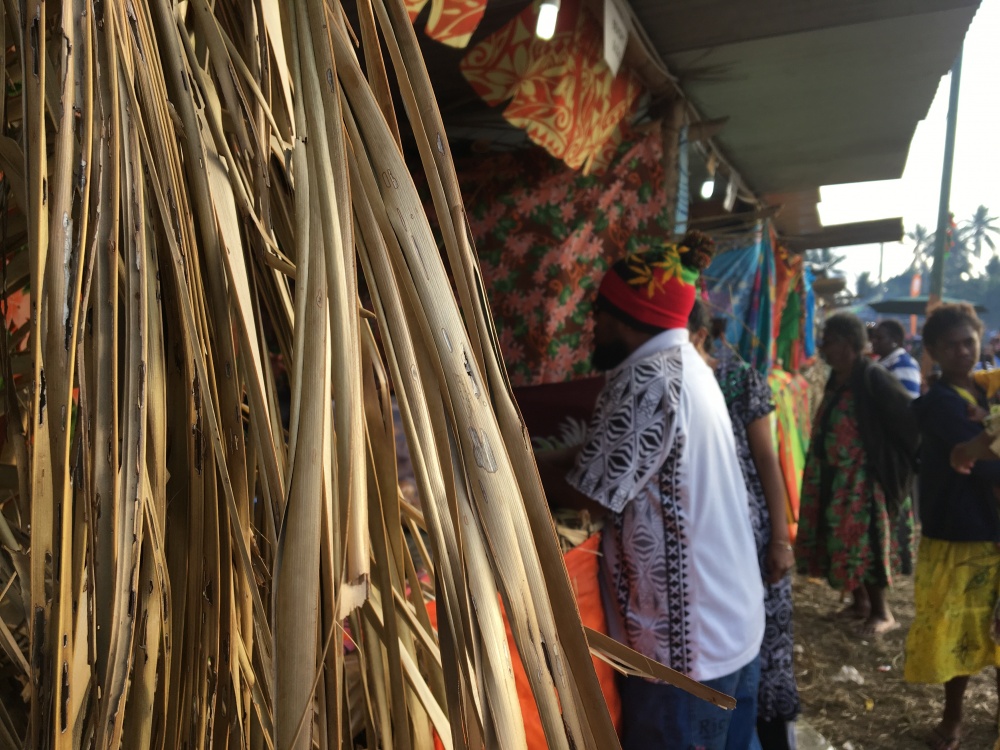 There hasn’t been a Sunday that goes by that at least one or two or three people are getting baptised. Our little branch on the island of Efate is growing faster than we can fit inside the building. On the other islands the church is welcomed with open arms as well. One man I met on the beach last week explained one reason why this is the case.

Jacob’s family was from Tanna- they knew Nathaniel’s mother (that’s my nephew). He said that after Cyclone Pam (an absolutely devastating cyclone that flattened the island) there was many aid organizations that came in to help our their island, but there was one that came first and left last. They wore yellow t-shirts and they delivered shipments of food, water, money and supplies. They not only rebuilt the houses of their own members but they rebuilt the houses of entire villages. Now, whenever someone finds out that someone is from the Mormon the church, they kiss them and hug them and thank them. And many, many people have joined the church because of that.

Of course our goal is not for people to join our church, our goal is to share the good news of the gospel of Jesus Christ and allow it to change hearts and lives in others as it has in us. 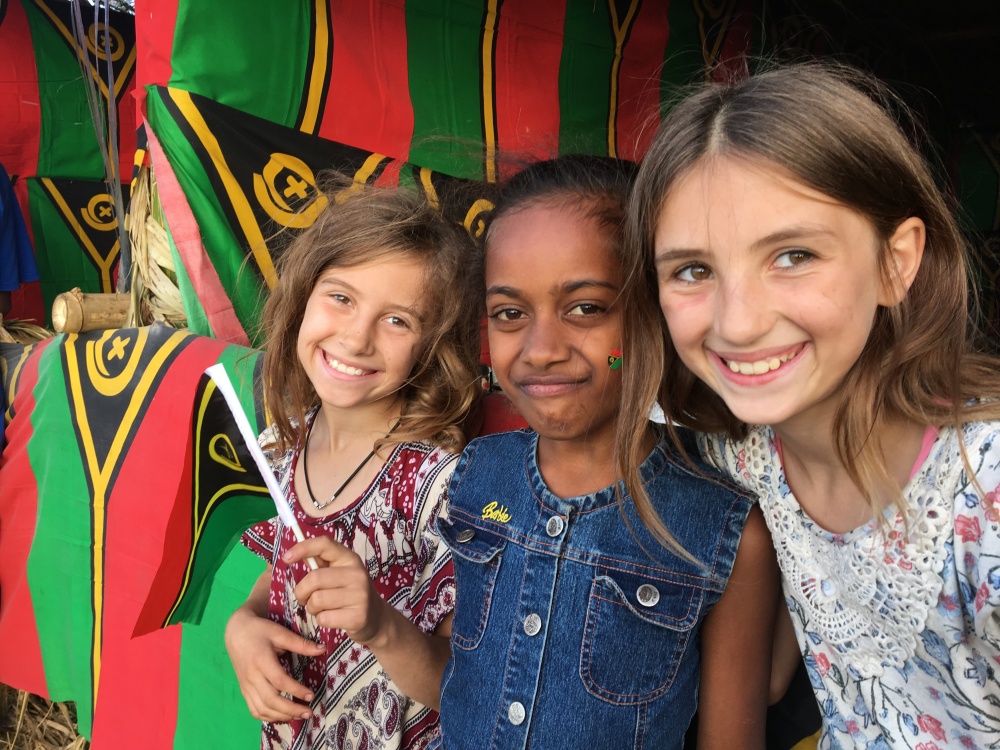 Watching the way Vanuatu celebrates their independence humbles me. These island people are truly, emphatically, and deeply grateful for their independence. They know that the only way to be truly free is to be with God, and they are. And so today, because church was over so soon, do you know what the entire island is doing? They are raising their flag together, and singing their anthem together, eating together and then they are going to listen to 10 hours of preaching together. Yes, that’s the activities for the entire island. Every store is closed and every family is on their mat in the big field. And it doesn’t matter which church you belong to because today everyone is together worshiping God through those same 6 big speakers that have been blasting out music for the last week. 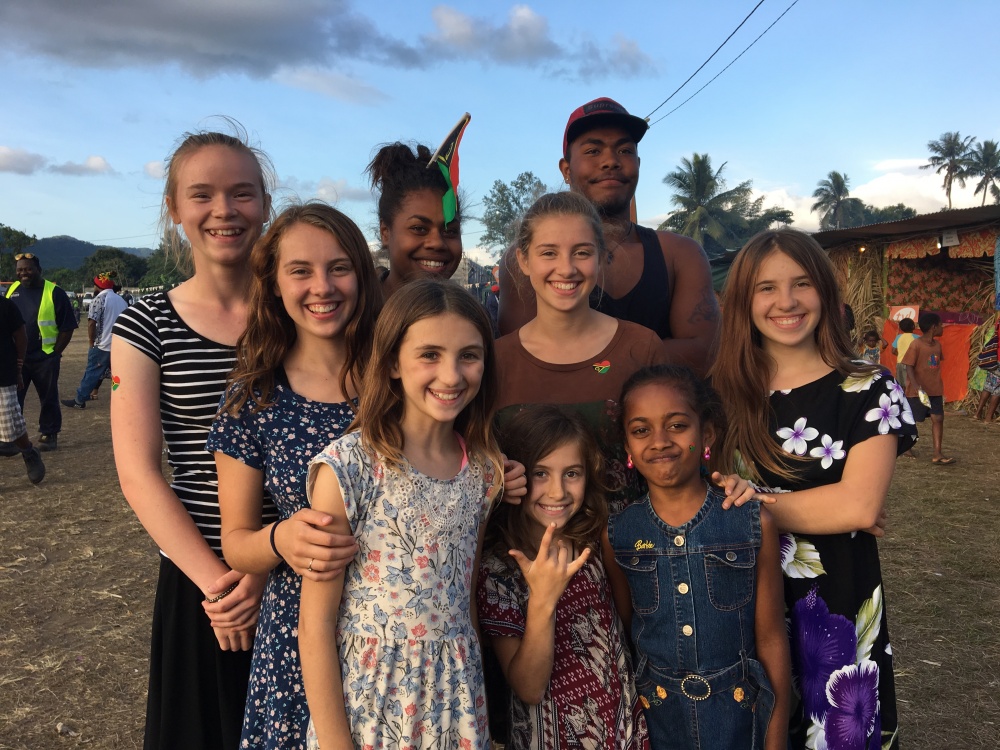 True independence comes from knowing who you are. True independence comes from recognizing that every man is and every woman is your brother and sister and that Pappa God really is our Father, all of us.  God doesn’t see as Mormons or Catholics or Muslims,  or as black men or white men, he sees us as His children. The message from the preacher in park today was that as brothers and sisters we need each other. And we need to be our best selves, so instead of focusing on the mistakes from yesterday or last year we need to take care of being the best that we can be today and unite in our respect and honor of God. 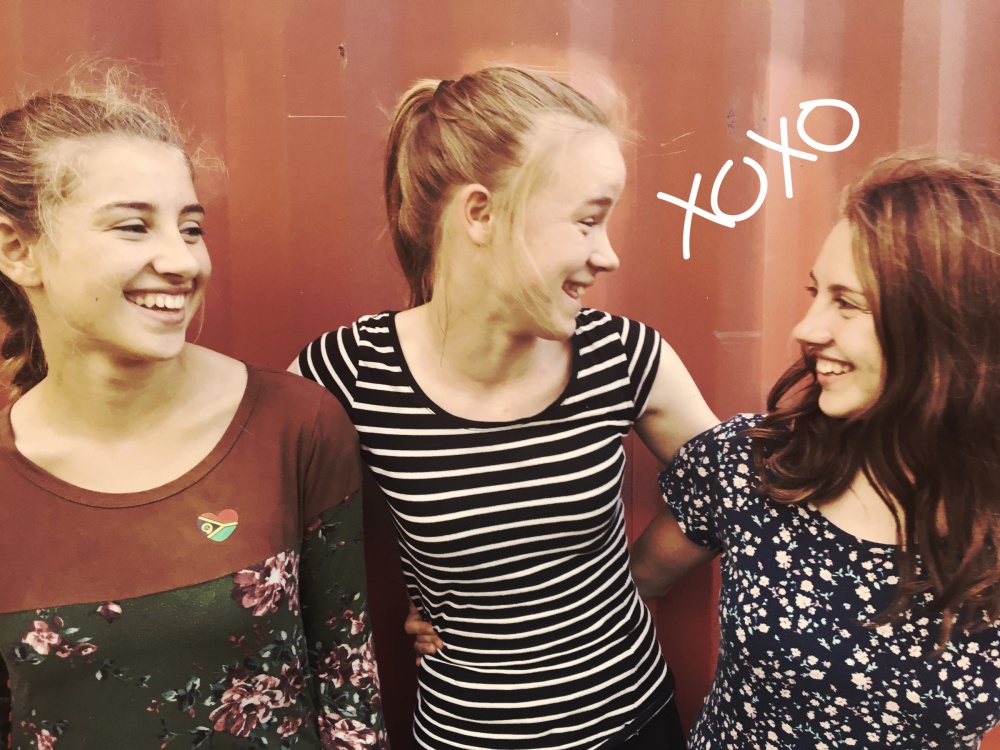 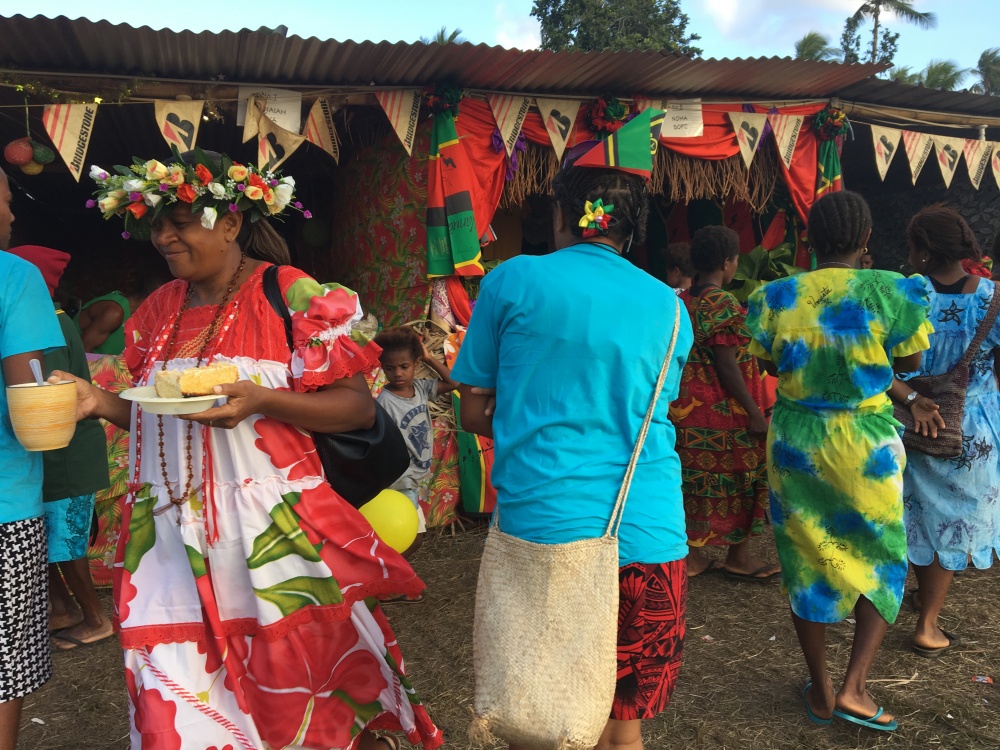 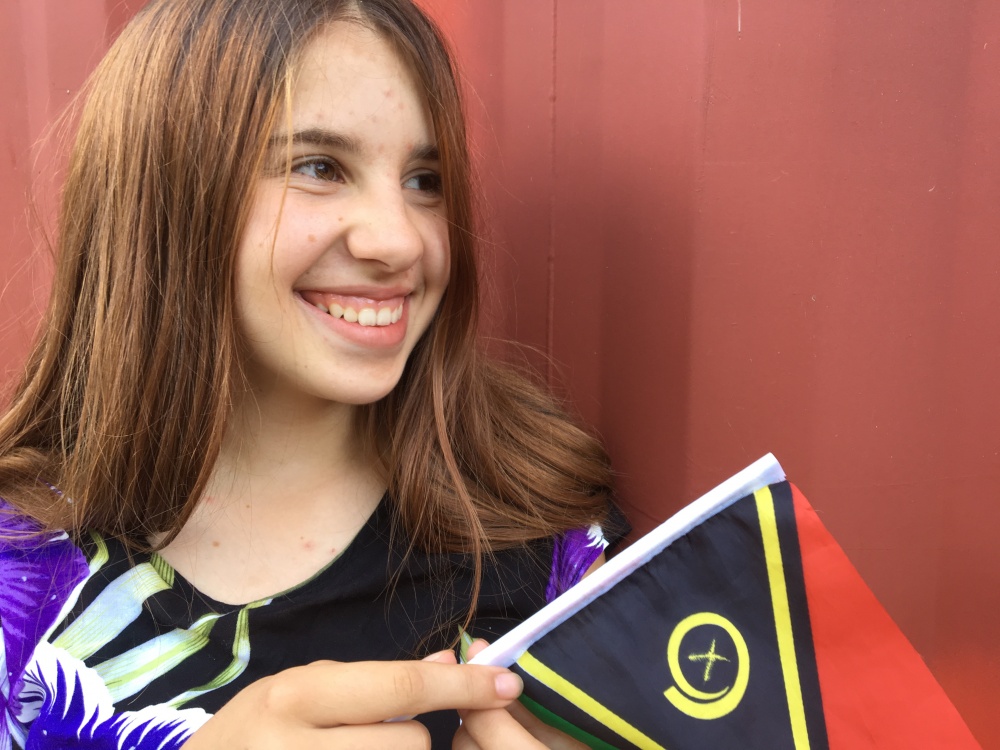 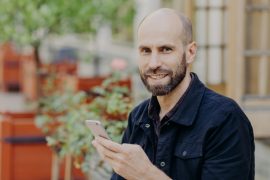