He went to the hospital tonight…

It’s not that he wanted to but this time he really had to. Since Analaea’s dog attack where we just decided to go without stitching and put her on antibiotics ourselves I had inquired on the condition of the local hospital.

When the pharmacists, locals and health professionals that I spoke to Said, “don’t go to the hospital unless you really have to” and “avoid the hospital at all costs” we decided to just take care of her at home.

Treating yourself seems to be the safer option in many cases here, especially because you can just walk into any pharmacy and buy any drug you want-Yes I’m serious but more on that later!!

Tonight there was really no choice. I took one look and no it was definitely not something We could deal with ourselves. Poor Eric.

He was making fresh coconut milk for our island dinner when the newly sharpened knife slipped and delivered a good sized gash across the palm of his hand and deep into the flesh. He screamed my name as the blood spurted out across the wall but I didn’t hear because I was busy chatting with my sister in law outside. He yelled again for me while he grabbed a cloth and wound it tightly around his hand. 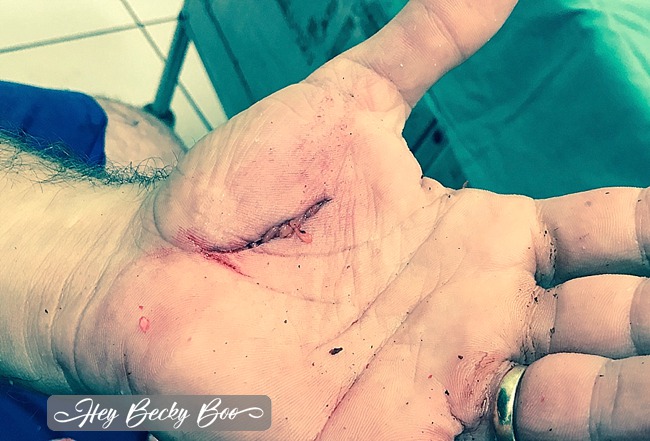 It was no use, I was too far away to hear, and in the end my brother Dustin finally was the one that grabbed the keys to the truck and took him.

“Well it was smelly, and hot and kind of dirty and well unique.”

“The sterile kit was definitely not sterile as I could see the previous stains on it and it was only wrapped in a cloth. There was dried blood on the floor and wall from somebody else.”

So far It sounded pretty much like I had imagined, I was so glad I wasn’t there.

“Yu Kam” said the nurse as he led Eric into the back room. No more English was spoken so it’s a good thing Eric had picked up some Bislama since we’ve been here

The doctor never actually showed up which meant that the nurse did the stitching himself. He couldn’t find all the supplies he was looking for and disappeared a few times before he was able to get everything right. In the end Eric was pretty sure that the freezing of the wound was much worse than the stitching and the wound itself. 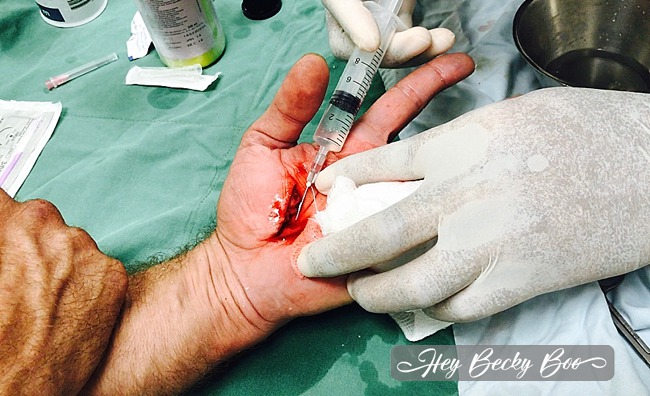 Finally he was stitched and sent home, when he went to pay the $5 hospital fee they charged him $30- probably because he was white. Haha, I love the mathematical discrepancy!

Even at the steep price of $30 for a hospital visit visit there’s no illusions that the medical professionals here are getting rich off of anybody. We were so grateful that there was even a hospital here at all and very happy to only have to go in for something minor. You really learn to appreciate even the simplest things here.

Of course the real challenge is to keep it now from getting infected in this warm, moist, bacteria happy environment, but for now I’m just glad I’ve got my husband home with a hand that still moves. God is good.Some days I love our experiences here, and some days I hate them. Today was a hating kind of day…

What about you? Has anything ever happened on your world schooling adventures that you wished hadn’t happened? Please drop us a line and tell all! 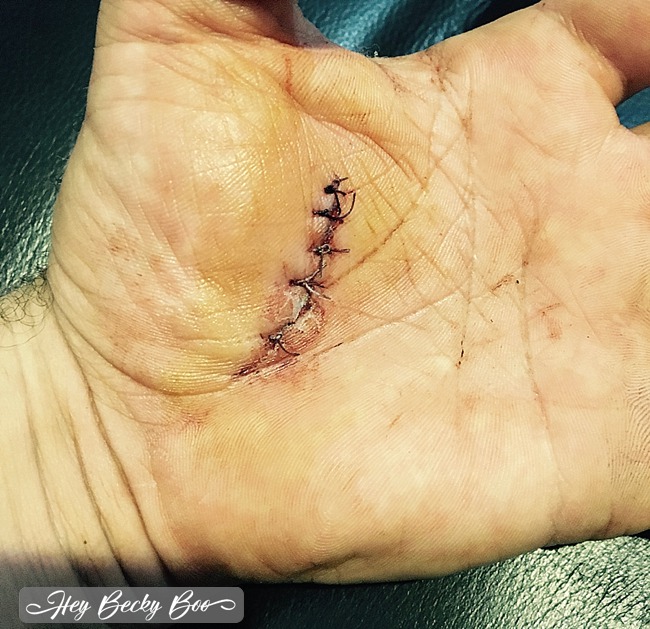