Birds chirped, the rooster crowed and the soft whispers of the children all wafted into the bedroom reminding me it was time to wake up. Today was Sunday, it was our first day at church in this new country.
We had plenty of time to get ready for the 9:30 meeting. After a breakfast of homemade pancakes with lime/passionfruit syrup we all began getting dressed. At home this usually signals curling irons, hair dryers and perfumes galore, but here it was evident that all of that was unnecessary. I should have known that something was wrong when I heard the girls going back and forth, clothes on, clothes off. It turns out that the dressed we brought which required (as most dresses do nowadays) bras, slips, slip extenders and undershirts. The problem was the weather was hot that nobody really wanted extra layers of clothes to go to church. After much debate in the end we voted that the sheer, thin, short look was going to be our new style. With many Nivans going nearly naked or half naked I’m sure we weren’t scandalizing anyone and we were all much more comfortable.
I had already brought all the girls clothes with us, but since Eric’s suitcase had got lost he was without a Sunday outfit. Luckily on Saturday we had visited a local store and found a dollar bin where all the clothes were a dollar. It was certainly an interesting assortment of clothes and one shirt I picked up was covered in mould, another bleached in various patterns. After a few minutes we actually found a pair of Sunday pants and a nice short sleeve blue Sunday shirt. The outfit cost $2, which in Vanuatu money is approximately 200 Vatu.
We found the church building down the road. A simple structure that was run completely on solar power. With windows for walls and the doors wide open the building began filling up with locals and a few visitors. We found our seats at the back after some friendly faces greeted us. With flies buzzings and a few dogs wandering around it became apparent that I would not be able to enjoy the meeting inside the building. The heat was growing with each new person that entered and the whole place smelled like a mixing pot of body odor that wasn’t very pleasant.
I opted to take one of the chairs that was being set up outside because there wasn’t enough space inside for everyone. With the breeze off the ocean it was much more pleasant outside.
The entire meeting was in Bishlama which is a pigeon language that has many similar words to English but not enough that I understood anything.
Everyone assures me that given a few weeks I’ll get the hang of it and maybe understand something. I admit now that I think I was weary about going to church for three hours in scorching heat without being able to understand the language. I looked over at a wrinkled man in front of me and watched as the first notes of the piano drited outside, he carefully reached into his bag and brought out a crumpled, mouldy hymnbook with his name scratched boldly across the front of it. I was struck by the love this man obviously had for this hymnbook that was so special to him. As the prelude music finished and the hymn began he sang with total devotion and reverence.
By the time the opening hymn began I was totally overcome with the beauty of worshipping. The sea of brown and white faces all mixed together singing struck me with wonder. All feelings of discontent were washed away and I was perfectly satisfied exactly where I was.
Throughout the meeting the babies and dogs wandered in and out. I had to use the bathroom but found out that it neither had toilet paper or water to flush. That was interesting, but all in all the day was perfect.
church of Jesus Christisland worshipsabbathSabbath Daysabbath worshipSundaySunday Worship
0 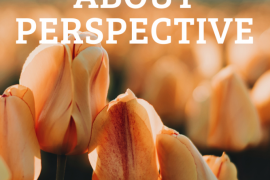