“You are ruining my life,” she shouted as she slammed the door behind her. Now both my teenager daughters hated me. The one because I was taking her away from all her friends, and the other because I was preventing her from earning money for college.

Just a couple hours later, and only one night before we were supposed to leave on our big family adventure, my daughter ‘borrowed’ the car, and with her little sister unbuckled beside her, she turned on the music and took off down the gravel road. It was only minutes before she started skidding across the loose gravel. She was going way too fast and  by the time she realized it, it was too late. The car swerved as it careened off the road and flipped into the ditch.

‘Breath deep mom, you can do this’, I told myself again.

God was watching out for my daughters that night because although the car was damaged badly enough that it couldn’t be driven, miraculously they were both without injury.

I prayed and asked God again to give me strength to go through with this. With the extra financial burdens that had been placed on our family over the last year, (since Eric fell off the roof and shattered his foot), taking our family on a trip half way around the world was clearly not practical. Financially speaking, the timing was all off, but emotionally speaking it was just what we needed. Friends and family by dozens pulled me aside to give me advice and shed light on the obvious flaws in my plan. ‘Your kids could get raped’, ‘you might catch an infectious disease’, the ‘you can’t just stop your kids schooling in the middle of the year’, ‘wait until you have more money’, ‘go somewhere closer’, ‘don’t go for as long’. Then there were my own fears ‘how will we pay for it?’, ‘what if the kids react to the vaccinations?’, ‘what if your daughters won’t come with you?’ ‘What will we do when we come home’, ‘We can’t speak the language’, ‘What if we have a medical emergency?’ They were all valid fears, but that was just it. I refused to make my decision based on fears, and inside I felt something urging me to do this.

The expedited American passports we ordered months ago had still not come in, and less than a week before we were supposed to leave we decided to drive to Calgary and get last minute Canadian ones printed. At this point- where every penny counted, the extra $600 seemed like a big price to pay for something we might not need (we were sure those US ones would arrive any day) but we did it anyways. It’s been 4 months and those American ones still haven’t arrived! The Canadian ones ended up arriving the night before we were to fly out, the night my daughter flipped over the car.  I was sure that the stress couldn’t get worse. I was wrong. 5 days before we were to leave we accepted an offer on our house. This gave us less than a week to pack up the entire thing and get it ready to change hands. It was a crazy thing to do but it felt just right. 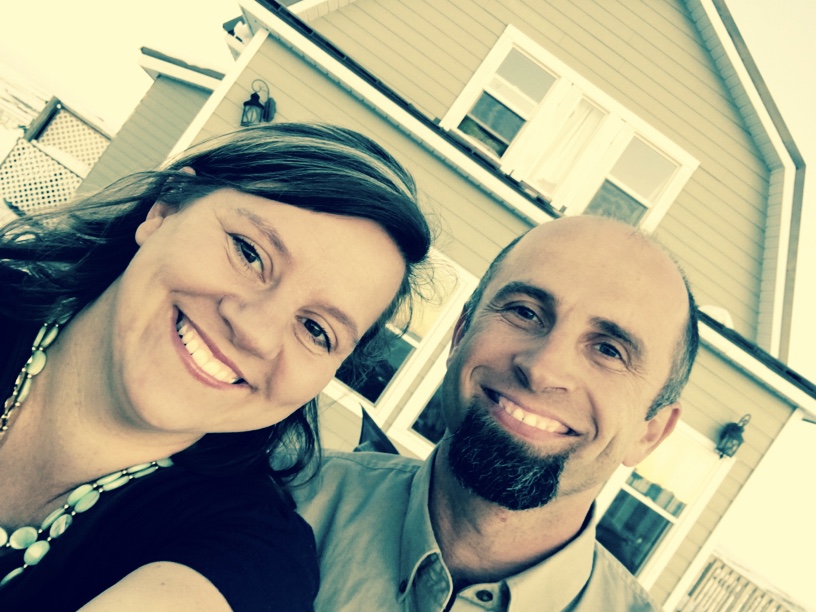 My kids NEEDED something different. They needed a place to find out who they were without all the pressures and expectations of our North America society. Our family needed a break, some time to just BE together and block out the world. Endless texts, tweets, phone calls, Instagram stories, FB Messages, Disappearing Snap Chats…it was all just taking it’s toll on us.

I knew that God had created me to enjoy life, but I wasn’t enjoying life at all. I was stressed out and depressed and unhealthy, and so was half my family. Things just weren’t  going the way I had always imagined my life to be, and I wasn’t ready to give up. No, I really believed that our family had a mission,  and in order to accomplish that mission we needed to DO something together. Not just something ordinary, but something CRAZY, something BIG. 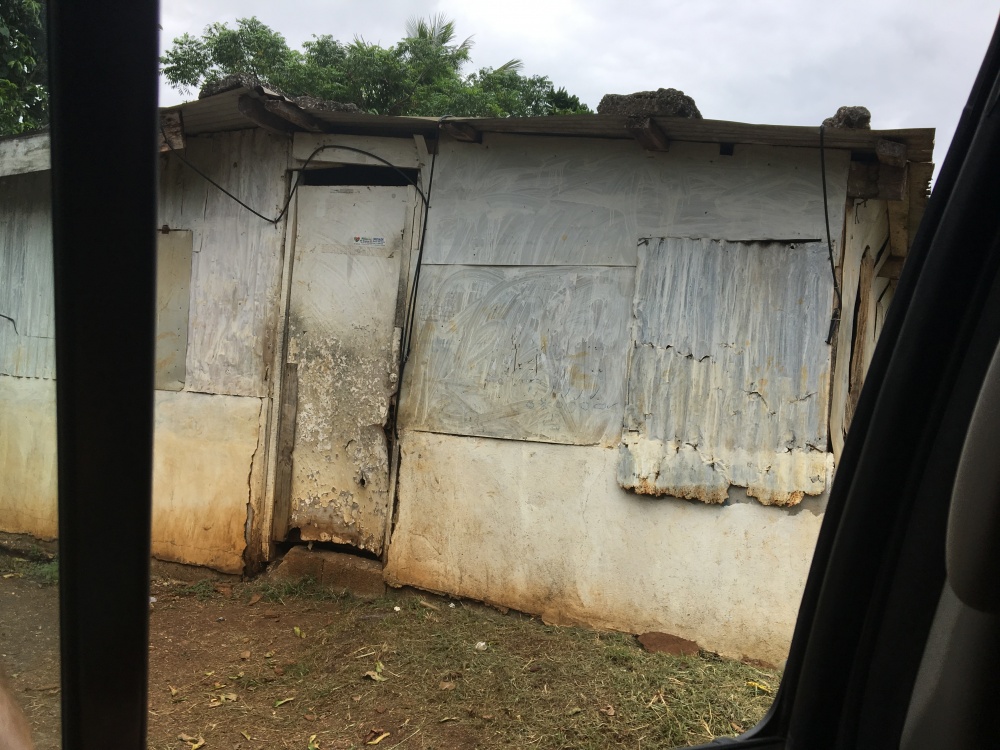 My little kids were easy to convince- you know how trusting young ones can be. My husband loved the idea, but wasn’t sure how we could possibly pull it off, and my teenagers down right hated IT, and now they hated ME! In fact there were SEVERAL times when I was sure that one or both of them would run away before we had a chance to even step foot on that plane. We compromised and instead of going for a year we decided to go for just 4 months. Instead of going to a 3rd world country where they didn’t know ANYBODY we decided to go to a 3rd world country at the same time as two of my siblings and their children.  And instead of living in a tin shack, like I had wanted to,  we found the perfect house on the beach right beside my brother and sister.

I tried to sell everything I could possibly think of to earn extra money as we carefully prepared for our trip. People on our local buy and sell saw the stuff that we were selling and started asking me questions . I was scared to tell people what we were doing.  I was worried that if I told people what I was doing and didn’t end up getting enough money to actually do it, then they would make fun of me.  I was wrong. For the most part the people around me were wonderful. When they saw how serious our family was about going they really pulled together and helped us out.  Neighbours helped us mow our lawn and pack our house, friends stopped by with meals, and teachers worked extra hard to help us creatively let the girls finish courses and take tests early. 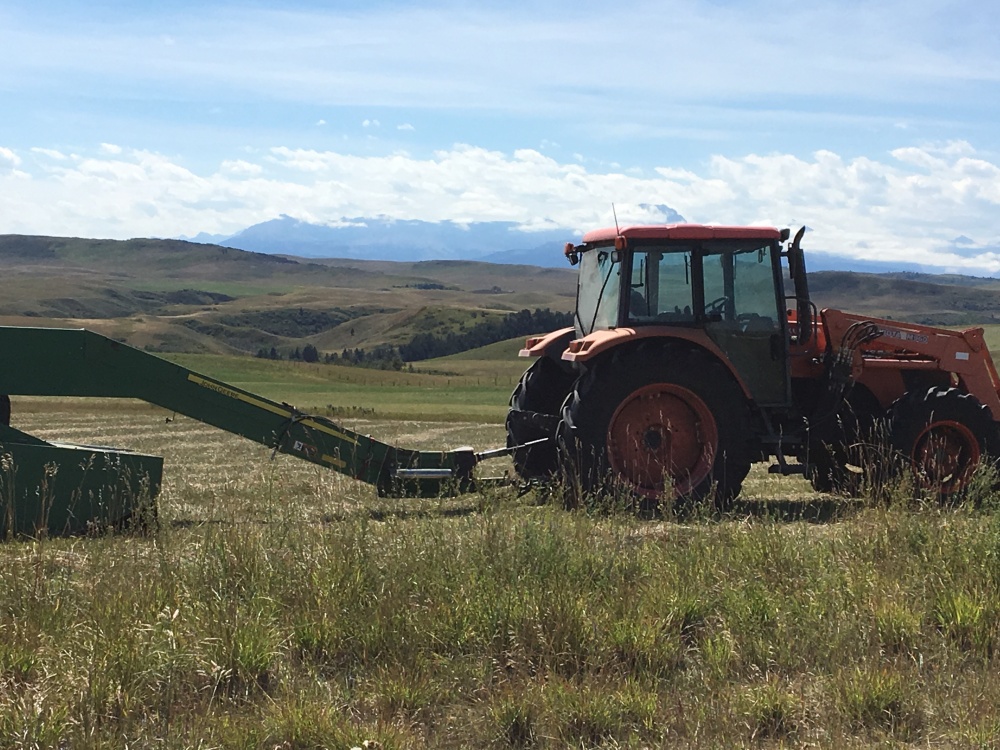 Honestly, this wasn’t anyones dream but mine, and a million times I questioned the rationality of it. WAS I going to ruin my kids lives? Would it REALLY be a disaster? I just kept hoping that God would bless this dream of mine and make it all work out.  For the first month we were here in Vanuatu, Analaea, Eliza, & Mireyah were often in tears.  They hated it. They hated the bugs, the heat, the language barrier, the food, all of it.

I felt terrible. What had I done? I kept praying that God would take our hard work and our sacrifice and He with His infinite wisdom and grace would purify it and magnify it.  The online work that my husband was supposed to be able to do here didn’t work out.  Our expensive, brand new Mac computer suddenly wouldn’t turn on, and the internet was too slow and unreliable even if it had been working.  That meant that money was tighter than I had hoped it would be. 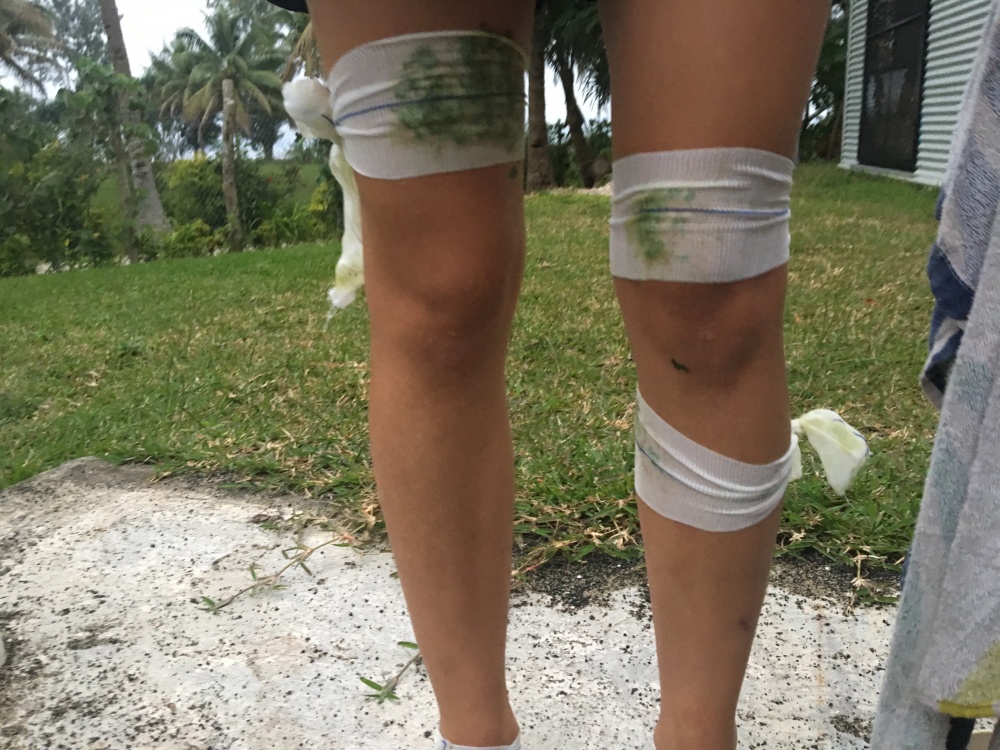 One month had passed and everyone was still pretty discouraged. After infectious diseases, dog bites, boils and blisters we were getting tired. There wasn’t much to keep Eric and I busy, we didn’t have enough money, and things didn’t seem to be improving with the older girls. I had hoped, and prayed so many prayers that things would be better here. That people would be happier and that our family would discover its purpose. 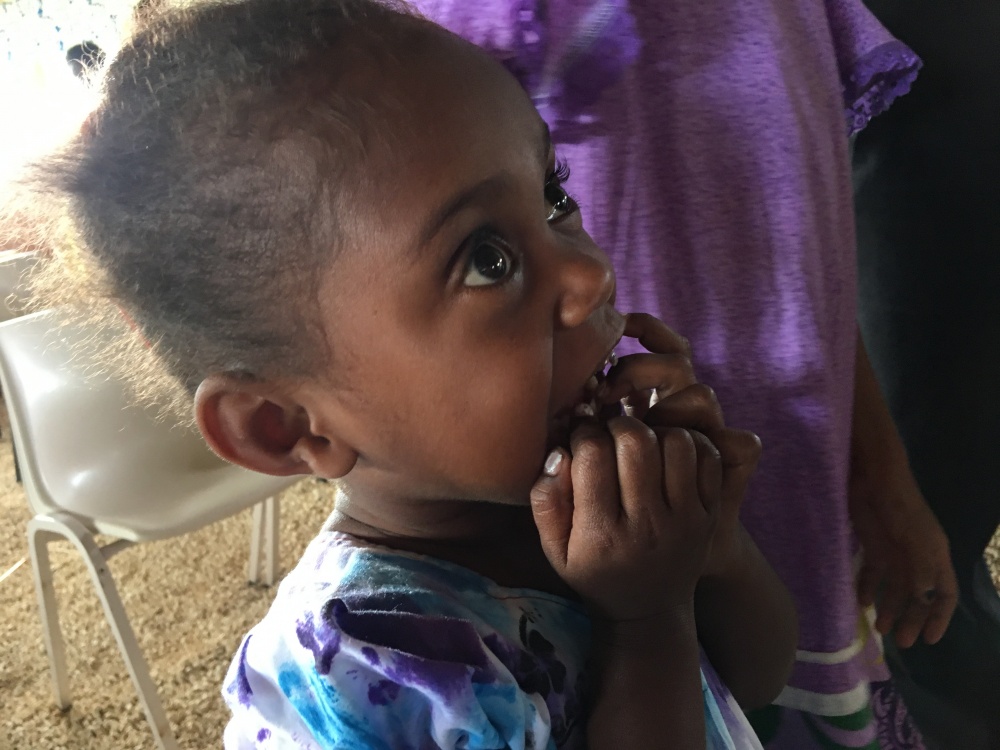 I can’t identify which minute, or hour or even day it happened, but slowly, gradually it did happen. The MAGIC, the MIRACLE and the BEAUTY of God’s plan unfolded and one by one it changed our hearts.  God took our tiny dreams and made them big. 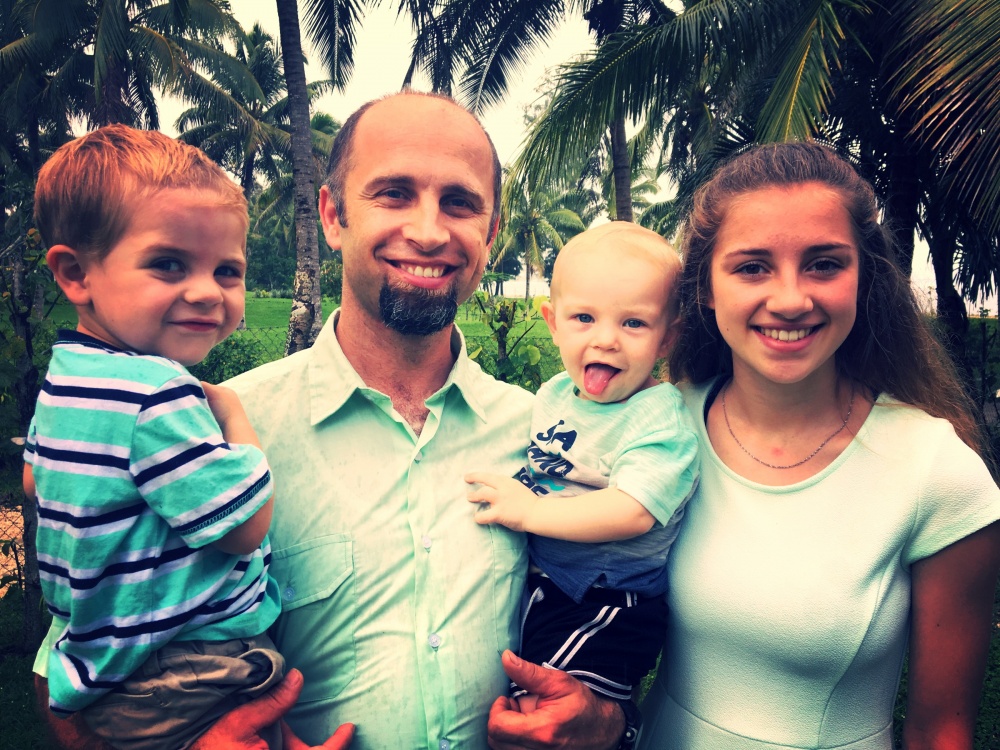 He sent wonderful, happy, friends who spoke English into my daughters lives. 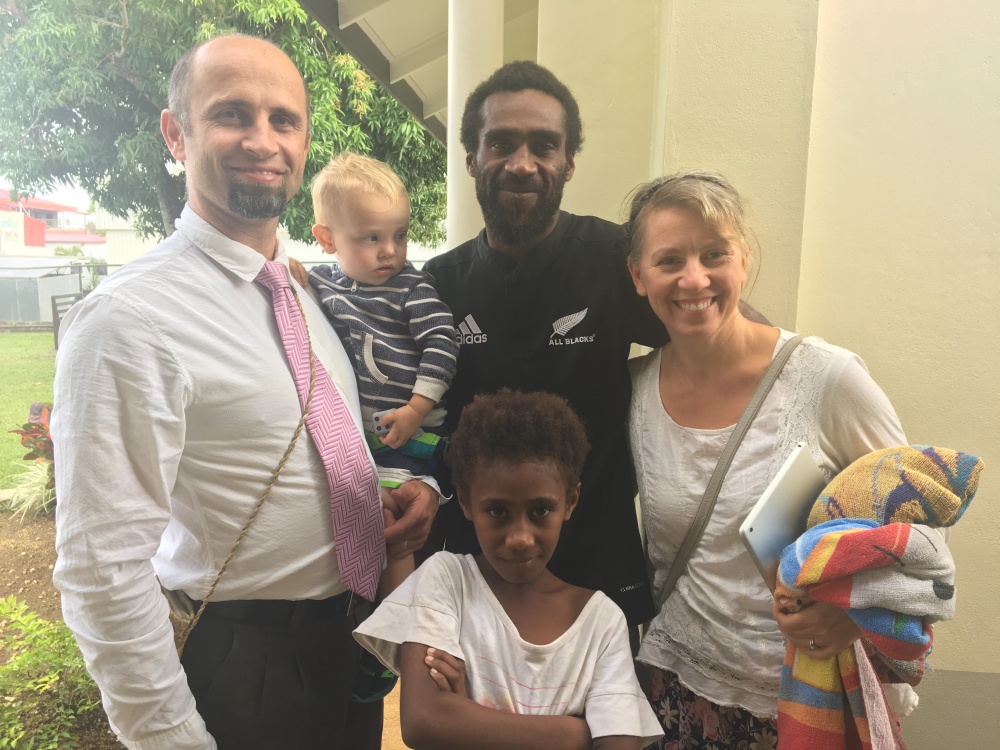 He sent an iguana and a baby chick into my 13 year olds life which made leaving her horses and cats just a little bit easier. 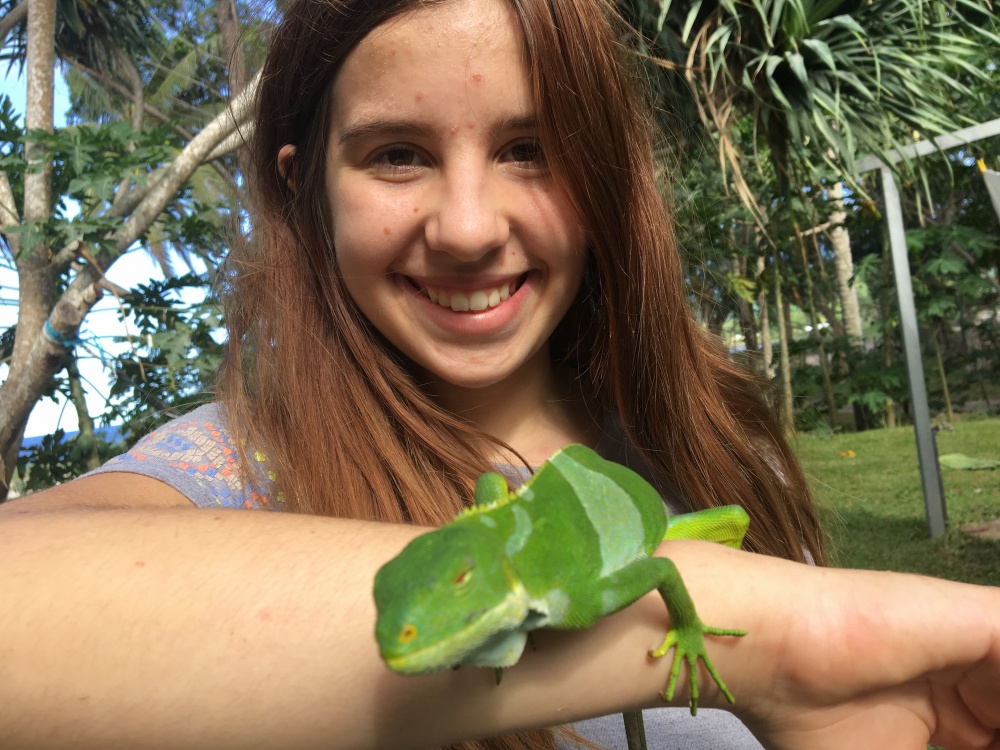 We have been here for 3 months already, and my 17 year old doesn’t ever want to leave because she loves it here so much, and my 15 year old spends her days smiling a bit more often while she teaches an 18 year old how to read who never had a chance to go to school. 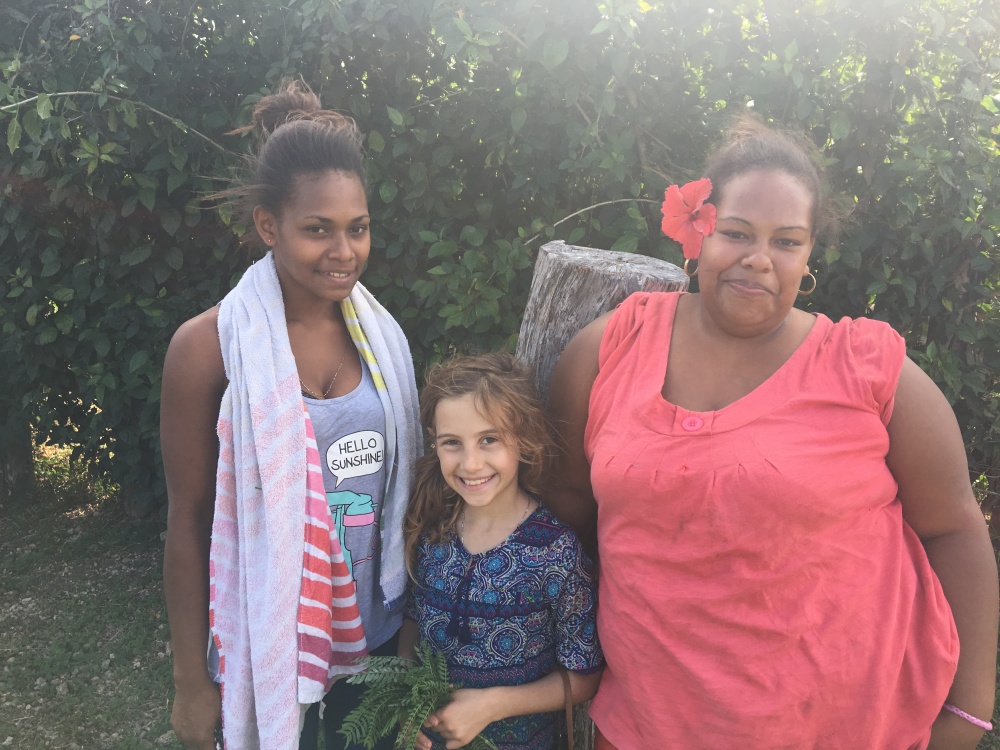 Our little boys get filthy while drawing pictures in the dirt with their best friends whose skin is brown, and although they don’t speak the same language they understand each other perfectly .And our whole family laughs or argues as we sit in the hot sand or go for a swim under the stars at night. 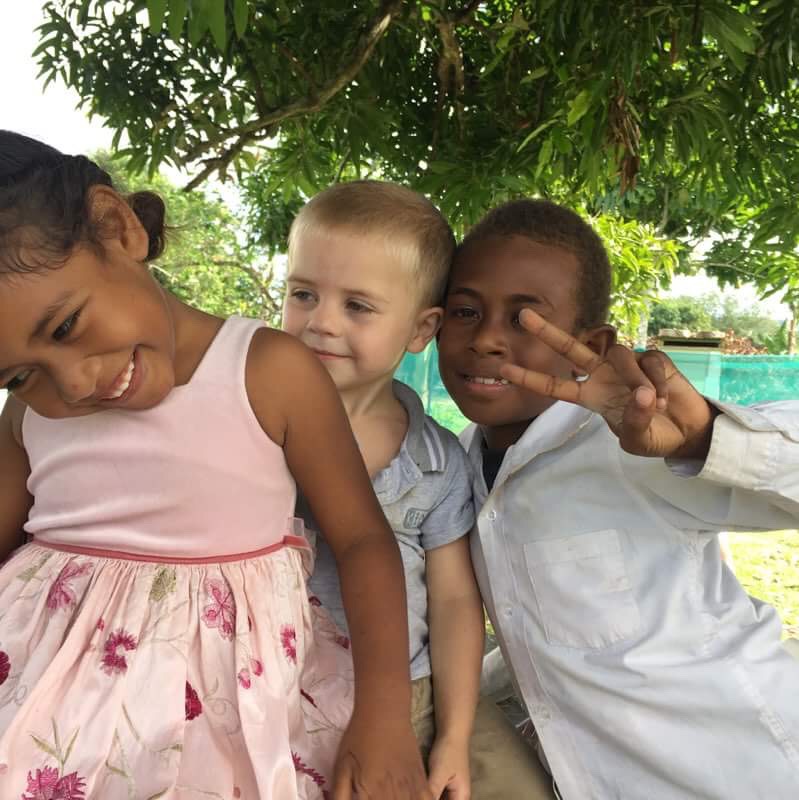 There is no doubt that God loves us. That He knew that this was just the right time and just the place for our family to come. And all those tears, and all that money and all that sacrifice was worth it. And even if we get blown away by a cyclone or swept away by a tsunami, or attacked by wild dogs this is an experience that was meant  just for us and it’s perfect not because WE are perfect but because GOD is perfect! 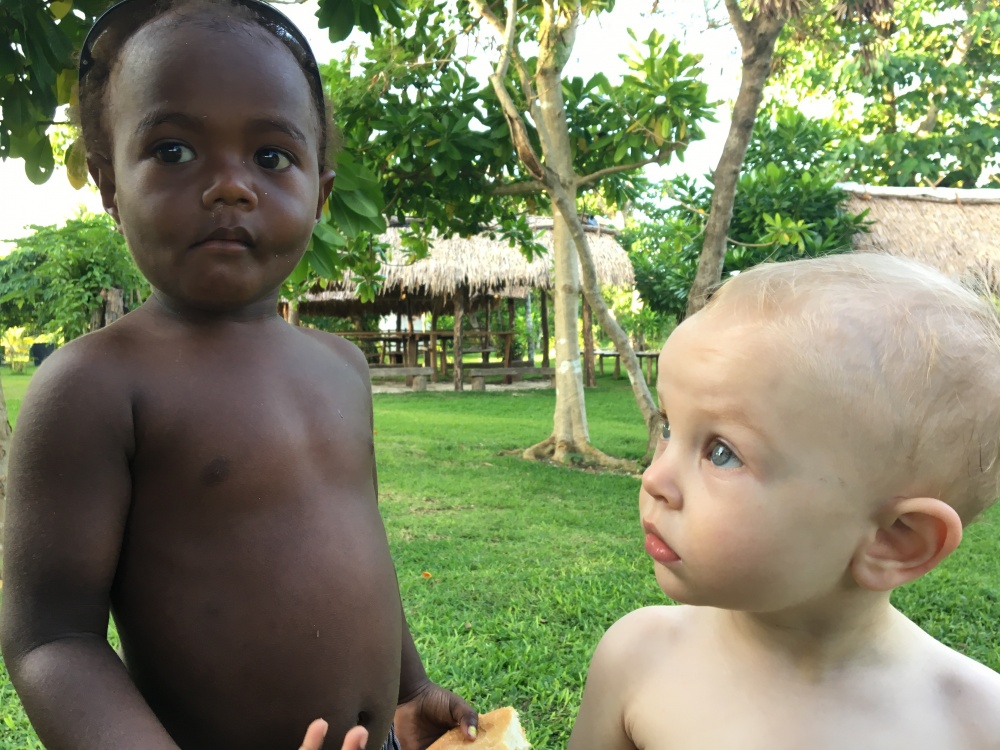