Eating a Sea Urchin is more exciting than you might think! This was certainly a day I’ll never forget, check out the video as we test the South Pacific delicacy of Sea Urchins!

I can honestly say that this camping trip has proved to be more incredible than I could have ever hoped for! I mean, seriously how amazing is it that we would run into some gentle hearted village boys and that they would spend all morning with us collecting sea urchins and then spend all afternoon cooking with us.

They collected and started the fire themselves, ran to the village and brought some yam and taro to cook on the fire as well and by the late afternoon we had an amazing meal with our new found friends!

Although it was by democratic vote that all of us decided we will never really ever have to eat Sea Urchins again, roasted or raw!

They tasted that gross, slimy fishy salty meat. In the end we sent most the urchins home with the village boys so that they could enjoy them with their families. We had collected so many that it was impossible to eat them all while we were together!

What do you think? What is the grossest thing that you’ve ever eaten? Would you eat sea urchins?

It started out as what we thought was going to be a lovely little date together. We snuck off and thought we’d grab some lunch from one of the little roadside markets. That was our mistake…in the end we didn’t eat anything. 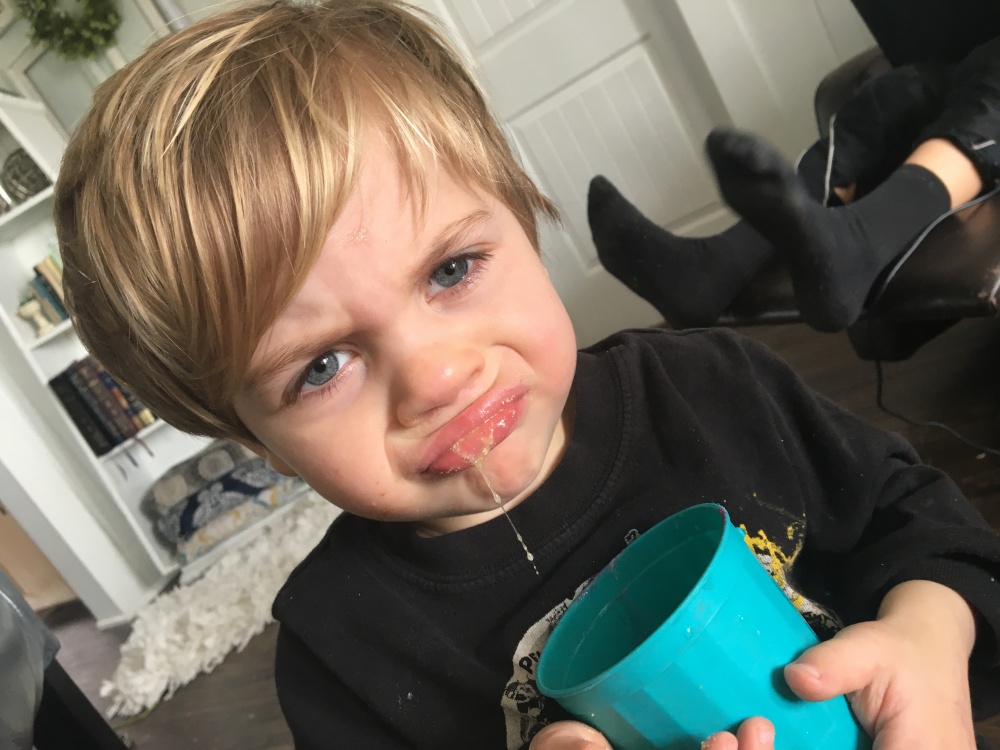 You know the entire experience was really fascinating. The way that the fur smelled as it burnt off in the pan which was over top of the simmering fire.

What was so interesting to both of us is how anyone could actually ENJOY eating cat. I mean there was hardly anything to recommend it. I certainly will never be able to see an alive cat without thinking of those poor kitty cat souls that got eaten up on the islands.

The enthusiasm for eating horse, dogs and cats can not been matched. I just think if I lived here for 100 years I still could not possible come to love any of those tastes! I did try bat once though, and that wasn’t TOO bad. But once was still enough!

What do you think? Would have you tried the cat? What has yours most shocking lunch discovery been?

Well there are so many things here that are different than at home and food is definitely one of them! I don’t have much to say- the video sums it up 🙂

It all started when I went to the grocery store and picked up a bag of pasta. I saw hundreds of black bugs crawling around inside the bags. It was soo gross!!! I couldn’t believe it, and I put it back onto the shelf. But then I realized that if I wanted pasta I was going to have to buy something. I went through dozens of bags and settled on a few that only had 10 bugs in them. They looked so much more appealing than the bags with dozens or hundreds of beetles.

When I went to buy the rice it was the same way. It didn’t matter what I wanted to buy, there were BUGS in EVERYTHING! It was sooo gross, but we quickly learned that if we didn’t want to starve we would have to just ignore the bugs and just go ahead with our meal.

That is why the rule was, when I was cooking in the kitchen NOBODY was allowed to come and look at the meal. That way I could pick out as many bugs as I could without them noticing and it was much easier to enjoy the meal.

Today the meal was rice pudding, and the bugs were so prolific that I had to add pepper to the meal to cover up the tiny black critters.

Everyone, mostly enjoyed the meal. And those that didn’t, well they spoke up at the end!

What about you? Have you ever had to eat something you didn’t want to?